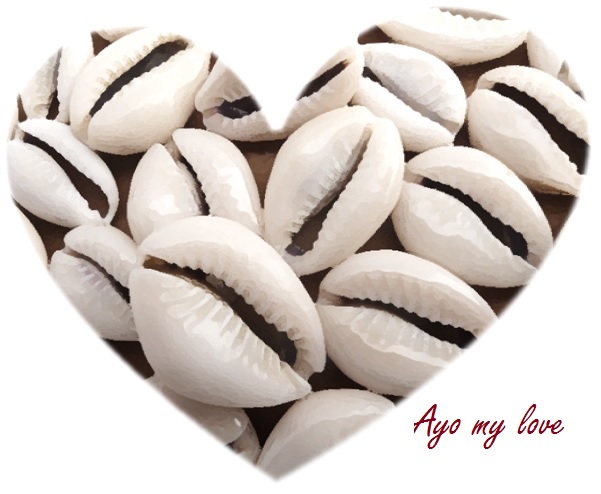 A lonely frog had some difficulty in finding a wife, at last, carved the trunk of a tree into the shape of a woman and placed cowry shells in the spot where her heart should be and this brought her to life. Frog named her Ayo since she was very beautiful pledged his undying love to her daily.

Frog married her and they lived happily in his home deep in the forest, until one day in his absence, some of the chief's men happened to pass by and saw the beautiful Ayo working outside in the garden.

They asked for fire and water, which she gave them, and on their return told the chief about a beautiful woman living deep in the forest.

The chief shortly afterward sent the men back to frogs’ house, and they, finding the husband again absent, carried Ayo off.

She cried out, "Husband! I am being taken away!" but there was none to hear, and when the husband came back, he found her gone.

Frog tried desperately to get his wife back from the chief and when these rescue attempts failed he sent a pigeon and told her to bring back the cowry shells from his wife, but pigeon could not get into the village. He sent the pigeon again, and this time she brought the shells back to the frog.

As soon as the cowry shells were taken out of the beautiful Ayo, she died and was changed back to a block of wood. The frog was once again lonely and now heartbroken losing his beautiful Ayo.