Grace Emily Akinyi Ogot was born in Kenya's Central Nyanza district in 1930 to Christian parents. She began her career working as a nurse and midwife at Maseno Hospital and Makerere University College. Ogot then began working as a scriptwriter and broadcaster for the BBC.  Ogot made another career change as a community development officer in the Kisumu District Kenya. She also worked as a public relations officer for Air India. Ogot then made another career turnaround opening clothing boutiques in Kenya’s largest city of Nairobi.

During this time period of many career changes as nurse, journalist, radio host and business owner Ogot never stopped writing. In 1966 she published The Promised Land, making her one of Kenya's first generation of published writers in English and one of the first black female Kenyan novelists.  Grace Ogot wrote The Promised Land and the Nigerian author Flora Nwapa who wrote Efuru, both published books in 1966 and both were groundbreaking books by black African female writers. Ogot was a founding member of the Writers' Association of Kenya she served as its chairman from 1975 to 1980.

Ogot was named a delegate to the General Assembly of the United Nations in 1975 and as a member of the Kenya delegation to UNESCO in 1976. In 1984 Ogot served as a Member of Parliament and the only assistant minister for culture in the cabinet of Ex-President Daniel Arap Moi who served as the second President of Kenya from 1978 to 2002. Ogot is 84 years old and married to her husband of 55 years Bethwell Allan Ogot who is also a writer and politician. 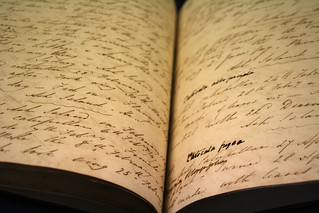 The other women - selected short stories- 1976

Ogot recently published the story of her life entitled “Days of My Life: An Autobiography. She gives accounts of how she and her husband went through a lot of pain to have access to Ex-President Daniel Arap Moi in order to organize fund-raising meetings to develop her constituency.  The book, however, shows how Grace Ogot badly let down writers and thespians as Assistant Minister for Culture and Social Services. She never worked to improve the working climate of Kenya Cultural Center in general and the Kenya National Theater in particular.