The Importance of Trees 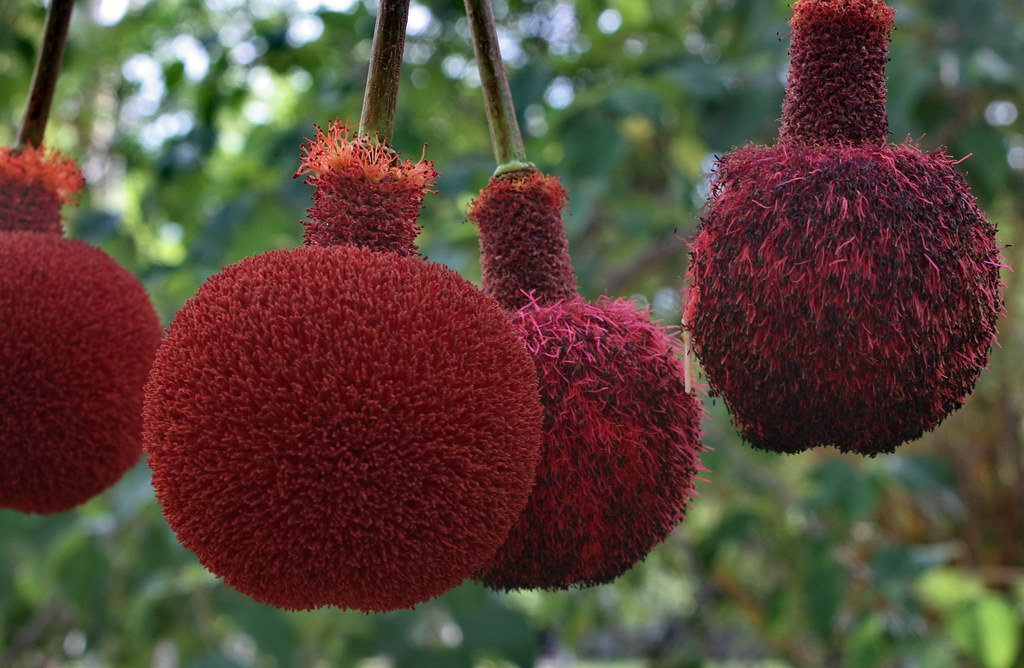 African locust tree bark, leaves, flowers, and pods have a number of medicinal and food uses.


The African locust bean tree, honey bean tree or the Dawadawa tree is a multipurpose tree used widely in Africa for medicine, food, and trade and pest control.


African locust tree is a large tree with slow growth and begins fruiting after 8 years. Once established African locust trees need little care, and the food they provide often requires no effort other than picking or collecting.

In Africa below the Saharan desert, from Senegal to Tanzania the seeds from locust trees are cooked like beans, or fermented and added to sauces.

Soumbala and Dawadawa pastes are made from the fermented seeds of the African locust bean tree used widely across Western Africa. The paste is high and fat and is used to flavor soups, stews, and sauces.

The African locust bean tree is often the only reliable source of food for the family when crops fail or during the lean periods between harvests for rural families.

The African locust tree produces melliferous flowers. Melliferous flowers are plants, which produce substances collected by insects and turned into honey. Many plants are melliferous, but only certain plants have pollen and nectar that can be harvested by honeybees.

The beans of the African locust also have properties to ward off termites for effective control of termite infestations. The stem bark of the African locust tree has been shown to be effective antibiotic medicine against Shigella infection. Shigella is an intestinal disease; most people who are infected develop dysentery, fever, and stomach cramps.

Because of dawadawa paste and other uses, locust seed is a major item of commerce across West Africa. However, producing the pungent paste is a traditional family craft and, although some dried beans are sold in local markets, most are collected and processed by individuals for their own use.

The colorful pulp within the pod is eaten raw as a sweetmeat, mixed with water and made into a refreshing drink, used as a sweetener in different foods, and fermented into an alcoholic beverage. It is popular with children. It is also popular with travelers and keeps so well that it is commonly taken on long journeys.

The white, yellow, or dull brown wood is soft, medium-grained, and easily worked. It is said to be of less than top quality but is used for house posts, mortars, bowls, and some carpentry. Most, however, go for fuel. In the 1970s, it was estimated that locust probably constituted over 90 percent of the firewood supplied to Kano, a Nigerian city whose population was over 250,000 at the time.

The tree makes a superb avenue tree, especially for the drier regions, where shade is perhaps the most precious of all commodities. In thousands of villages, it is planted at eating- and meeting places, for shade, for shelter from the desert winds, for beautification, and as an insurance against them several times in a generation when it is needed to save lives.


Did you know?
Dawadawa is the Hausa name for paste is made from the fermented seeds of the African locust bean tree.


Links to African history and facts