Africa has millions of people with disabilities

Africa has millions of people with disabilities from war and conflict without the hope of receiving disability payments, food stamps or welfare.

Africa has been ravaged by civil wars, but there are no accurate statistics on the number of disabled people receiving reparations due to casualties, rape, war-wounds including amputees and the post-traumatic stress. 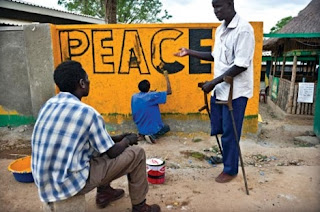 There are around 82 million people affected by some form of disability in Africa, that is around 10% of the population. However, this might be a conservative estimation as different tools for defining and measuring disability are used in many African countries.

Around 80% of people with disabilities, particularly in the youth population, live in low-income countries and that poverty further limits access to basic health services, including rehabilitation services. In Africa, the population of persons with amputees represents a large percentage of physical disabilities. Among this population, a majority needs equipment such as fittings and wheelchairs but reparation programs are either not funded or established.

However, currently, there is no standard of measure to determine a person disabled in Africa. The lack of data on the scale of physical, sensory and mental disabilities in Africa directly leads to a lack of data on health problems and access to care. There are often no strategies for prevention and few or no resources for prevention or management reparation programs. 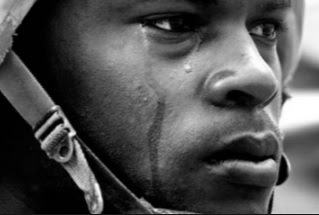 During the Sierra Leone civil war from 1991-2002, cutting off people's’ limbs, in most cases their hands were one of the brutal strategies used by members of the Revolutionary United Front to terrify people to support them. Some 27,000 Sierra Leoneans are estimated to have been disabled or have had one or more of their limbs amputated during the civil war.

Under international law, victims can obtain either compensation through reparations or legal recourse through the civil courts. However, as in many post-conflict societies, it is not possible to prosecute perpetrators or seek civil damages through the courts.

Reparations can take many forms including rehabilitation; restitution; compensation; establishing the truth; the restoration of dignity; and improving the quality of life of those who have suffered harm.

In 2000 Sierra Leone Truth and Reconciliation Commission (TRC) was established to deliver accountability for human rights and abuses. TRC interviewed victims, witnesses and perpetrators of human rights violations committed during the 1991–2000 period of conflict in Sierra Leone. The Commission collected 7,706 statements of Sierra Leoneans, living in Sierra Leone and as refugees in Gambia, Guinea and Nigeria.

They issued a report recommending that amputees, war widows, children, victims of sexual violence and the seriously war-wounded, should receive reparations in the form of free education for children, free health care and skills training to be managed by the National Commission for Social Action. However, of the 32,000 people registered, 20,107 have received only a cash handout of between $70 and $200, and 12,000 have received nothing at all.

The reparations program proposed by the TRC did not promise money to Sierra Leones people but instead rehabilitation of the victims through the distribution of service packages and symbolic measures which acknowledge the past and the harm done to victims.

Symbolic reparations showed respect for the victims. Exhumations, proper burials, the laying of tombstones, national memorial services, the pouring of libations, the carrying out of traditional ceremonies and the erection of appropriate memorials are the suggested symbolic reparations outlined in the report.

The South African Truth and Reconciliation Commission (TRC) was set up by the Government of National Unity to help deal with what happened under apartheid. The conflict during this period resulted in violence and human rights abuses.

A President's Fund, funded by Parliament and private contributions have been established to pay urgent interim reparation to victims in terms of the regulations prescribed by the President.

The Department of Justice and Constitutional Development in 2011 recommended giving to the reparations to victims of apartheid a one-time payment of R30 000 or $1,967.00, medical benefits and other forms of social assistance.

The fund was set up for gross human rights violations, in the instance where the beneficiary is deceased; their rightful next-of-kin would be eligible for the fund.
Promoting Healing Through Reparations

Victims need to be compensated in some way because the local and international judicial forgiveness process means they lose the right to claim damages from perpetrators who may be given amnesty. Reparations should be sensitive to the religious and cultural beliefs and practices of the community as well as strengthen with long-lasting effects.

It is impossible to compensate victims in proportion to the harm they have suffered; victims of sexual violence may require surgery in order to repair the damage that had been caused as a result of rape or any other sexual violation committed against them. Reparations in the form of free access to gynecological services could help ease the physical suffering.

As stated by Jose Zalaquett, Lawyer, Human Rights Professor “To provide for measures of reparation and prevention, it must be clearly known what should be prevented. Further, society cannot simply block out a chapter of its history; it cannot deny the facts of its past, however differently these may be interpreted.

Inevitably, the void would be filled with lies or with conflicting, confusing versions of the past. A nation's unity depends on a shared identity, which in turn depends largely on shared memory. The truth also brings a measure of healthy social catharsis and help to prevent the past from reoccurring.”