Liberian medical folklore uses the Crocodile gallbladder to poison enemies and cause death.

Use of poisons in Liberia as medical folklore has traditionally been known for using the potent gallbladder of the Crocodile. The Crocodile's gallbladder which emits bile, a green gushy fluid is said to be very poisonous and very evil, so poisonous and evil in fact, the gallbladder of Crocodile must be publicly destroyed or herdenous things may happen.
The Cavalla is the longest river in Liberia, and has a major population of large Crocodiles. Liberia is a small country by African country size standards and is located in West Africa situated above the equator. Liberia is slightly larger than the USA state of Tennessee and shares rivers with all its neighboring countries.
In small town Liberia, when ever towns people go on a fishing or hunting expedition and a Crocodile is to be killed, influential citizens of the town and nearby towns are called to publically witness its butchering and subsequent destruction of the Crocodile's gallbladder. The bile from the Crocodile's gallbladder in medical folklore is said to be very poisonous, and must be publically be destroyed or the hunters can be prosecuted and hunted themselves by the village.
Just over 14 percent of the total area of Liberia is water from rivers, lakes, swamps, lagoons, creeks, and streams. Crocodile hunting is very popular but can be deadly. The Crocodile gallbladder is said to be very toxic and it is believed to be used to poison enemies in Liberia's medical folklore. A small amount of the Crocodile's gallbladder poison can be stirred into a persons drink and is supposed to cause violent stomach pains, vomiting and diarrhea, multiple organ failure causing death within a few days.

People's behavior and intelligence can be affected by superstition. The crocodile's gallbladder in Liberia's medical folklore is said to be very poisonous and this is so ingrained in Liberian culture that most people, from lay people to teachers and politicians to scientists believes this magical thinking.
It is not the belief the crocodile's gallbladder is poisonous because this small organ does store bile produced by the liver. Bile helps with digestion and breaks down fats into fatty acids and some people may become ill from ingesting the gallbladder so this belief is not far fetched.
However, deeply entrenched in African culture and psyche, people's negative behavior can lead to pack mentality feeding off the belief that the crocodile's gallbladder that was not publicly destroyed will cause the death of the entire village. The crocodile's hunter may be attacked, house burned down or even their family members harmed.
Liberian folklore believes the gallbladder of the Crocodile is poisonous, the alligators gallbladder is not poisonous. If the gallbladder of an Crocodile is not publicly destroyed, concern and fear can run amuck among small villages in Liberia.
Throughout Liberia the term alligator is used but the animal is actually a crocodile. Crocodiles are bigger than alligators, have v-shaped snouts rather than the u-shaped mouths of the alligator. Crocodiles are also said to be more aggressive than alligators. Alligators can only be found in the southeastern United States, in Mexico, and in some parts of China while Crocodiles are found all over the world.
List of 30 rivers of Liberia known to have fatal and nonfatal Crocodile attacks.
Cavalla River
Cestos River
Douobe River
Du River
Dubo River
Dugbe River
Farmington River
Gbeya River
Grand Cess River
Gwen Creek
Junk River
Kwein River
Larwor River
Lawa River
Lofa River
Mafa River
Magowi River
Mahe River
Mani River
Mesurado River
Moa River
Moro River
Nianda River
Nuon River
Saint John River
Saint Paul River
Sehnkwehn River
Sinoe River
Timbo River
Via River

The Nile crocodile, Crocodylus niloticus, is the most aggressive crocodile killing between 200-400 people per year. Nile Crocodiles are one of the most well-known and fearsome animals in the world. Nile River God Sobek is protector of the Nile River feared and loved by the Ancient rulers of Crocodilopolis also known as the Egyptian Faiyum region. Sobek is first mentioned in the Pyramid Texts, which are the oldest sacred texts in the world. 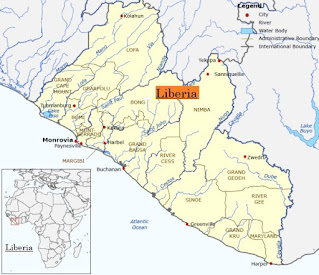