Land is continents and islands solid part of their surface not covered by water on the Earth surface.

Throughout Africa, more than 90 percent of the rural communal land and prime land is undocumented and squatters on public land are home to 60 percent of urban dwellers in Africa.

“Land governance issues need to be front and center in Africa to maintain and better its surging growth and achieve its development promise,” says Frank Byamugisha, author of the report and Lead Land Specialist in the World Bank’s Africa Region. “Our findings provide a useful, policy-oriented roadmap for African countries and communities to secure their own land for building shared prosperity.”

Inefficient land administration, weak governance and corruption to the land governance system in many African countries will fuel the land grab surge. An example of poor government is the fact that Ghana, Kenya and Uganda each have fewer than 10 professional land surveyors per one million people.

Land tenure legally or customarily is the legal system in which an individual, who is said to hold the land, owns land. Secure tenure is an important pillar for agriculture and food security. Research has shown that secure tenure provides incentives for farmers to invest in land. 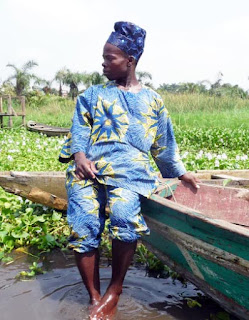 Africa appears small in size on the map but Mexico, China, Eastern and Western Europe, India, The USA and Japan can all fit into Africa's total land area very comfortably. Africa is 11.68 million square miles or 30.2 million km2 and covers 20.4 percent of the total land area on Earth.

This is a list of African countries ranked by total area in Africa and world rank. Africa has eight countries in the top 25 world rank of land size of Earth's surface.