Zowey is a popular street food in Ghana made from peanut butter, flour and ginger spices, Puff-puff from Nigeria is a traditional African snack similar to a large hot fresh doughnut hole, Kelewele is also popular for breakfast in Ghana. The number of street food vendors in Africa is unknown but the historic economic, social and cultural value of street food in Africa throughout history is priceless. 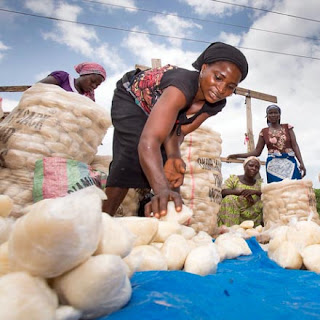 Working on average 10 hours per day street food for many African people becomes the only way to earn a living, and street food vending, in particular, represents one of the easiest and viable jobs, as it requires little start-up capital. Limited access to credit is a major barrier to the growth of the street food enterprises.

Food vendors need a license to legally trade in many places in Africa. However neither at the national nor at local level, in Africa there is no framework policy or law specifically regulating street food vending.

Street food is any ready to eat food or beverage sold and sometimes prepared in outdoor public spaces on streets, squares, parks, open-air markets by vendors or cooks either on foot or in vans, carts, or stalls. Many people eat street food on average 6-7 times a week especially by students and unmarried people.

The availability and accessibility of street foods over space and time, indeed, in large urban areas there are so many street food vendors operating round the clock that consumers can always find one within reasonable distances.

Koose fried bean cake is a street food in Ghana, and a similar variation is more popularly known as akara in much of West Africa. the origins of koose or akara are linked to the Hausa people. Koose, kosai, akara, or akla is made from ground cowpeas or black eyed peas. 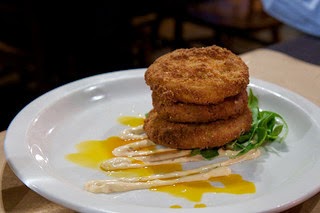 Directions
Heat the oil in a large frying pan. Add all ingredients into a large bowl and mash well with your lightly oiled hands or a potato masher or add to a food processor and blend until smooth. Form the bean mixture into quarter-sized ball, flatten and fry until are a golden-brown in color.

Another popular street food is fufu. Fufu, often made with cassava flour, is a major staple food in Nigeria and many other countries in West Africa.

Bofrot as it is called in Ghana or Puff-puff from Nigeria is a traditional African snack similar to a large hot fresh doughnut hole and is one of the most popular street foods in West Africa. Kelewele street food vendors sometimes serve this popular food with rice and stew, peanuts, or alone as a dessert or a snack. Kelewele is also popular for breakfast in Ghana.

In a frying pan with just enough oil to allow plantains to float, over medium high heat, heat oil then fry plantains until golden brown on both sides. Drain on absorbent paper, sprinkle with spices and serve.

Easy rice recipes to make right now so you never have to eat or prepare a boring white rice recipe again.