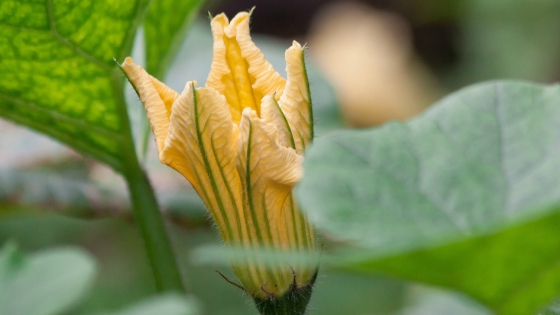 Directions
In a medium bowl, mix flour in water and eggs until smooth. Heat 1/2 inch of oil in a frying pan over medium-high heat. Dip three pumpkin blossoms at a time in batter to coat, fry on each side until crisp and golden. Drain on paper towels. Serve as a side to grilled meats or as a topping for salads. 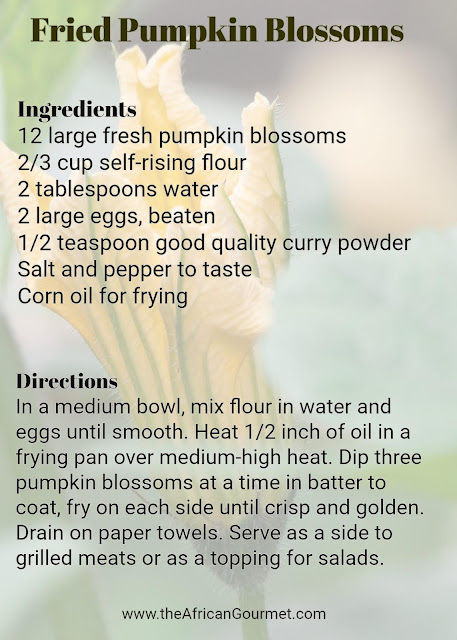 Did you know?
Egusi seeds are the seeds of plants of squash, melon, gourd, pumpkin etc which after being dried and ground are used as an ingredient in East and West African recipes.