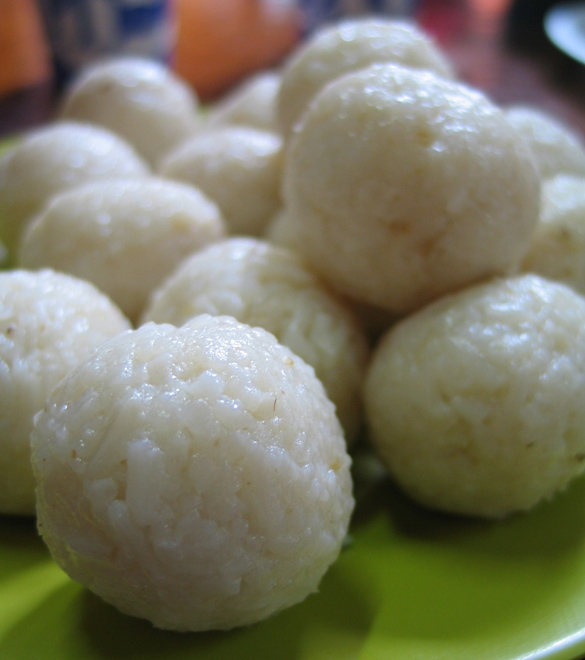 Ingredients
2 cups any brand glutinous rice or sticky rice
Directions
In large pot add water, following cooking instructions on the bag of rice. Reduce the heat and cover until the rice is soft and sticky. Turn the cooked rice out onto a clean work surface. Use a long-handled wooden spoon to flatten rice, knead rice as you would knead dough. Roll into bite size pieces serve warm with African soups and stews.

Did you know?
Tuwo in Hausa language means, ground meal from rice or corn.