What is Ceremony, Ritual And Superstition


Throughout Africa, there are clear distinctions between ceremony, ritual, and superstition. 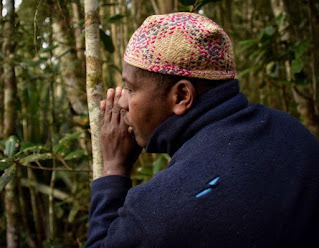 What are the differences between African ceremony, ritual and superstition?


What is a ceremony?

Communion, baby naming and circumcision are ceremonies however, a ceremony does not have to be religious in nature; graduation and birthday parties are ceremonies as well. The Macy's Thanksgiving day parade has no room for the spontaneity and disorder that accompany the emotional surrender of a ritual; this is an example of a ceremony. In a ceremony, there is predictability and participants usually know what the outcome will be, most events called rituals are really ceremonies. Friday night pizza with the family is a ceremony; rituals are rarer than we think.


What is a ritual?

A ritual is an activity that has an unplanned spontaneous outcome. The key difference between a ceremony and a ritual is spontaneity. Rituals connect the bodies’ spirit to the ancestors. There are two parts to a ritual, one part is planned a place for a gathering or an event, the other is taken charge of by the energy of the spirits. Ritual allows for loss of control, the place where you surrender your control to the unknown because you trust the leadership of that force. The outcome of a ritual is unpredictable.

Superstition is the belief and fear of the unknown, an idea of if you do a certain action, bad or good things may happen. It is a common superstition that a black cat crossing your path is bad luck but finding a penny on the ground brings good luck or stepping on a crack will break your mamas back. Superstitions provide the person with a sense of control over the unknown believing if a certain action is taken, following it precisely, you can control the outcome.


Article Summary
Ceremonies are events that are reproducible, predictable and controllable, while rituals call for spontaneous feeling and trust in the outcome. However, a superstition is a belief that the outcome can be controlled however it is not based in reality.