Where is Shashamane Ethiopia the African Rastafarian Promised Land 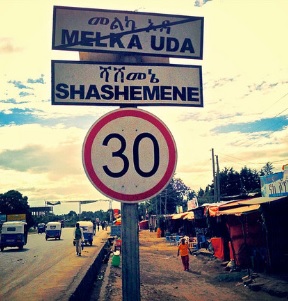 Stateless Nation of Shashamane Ethiopia and Jamharic youth battle nationality and possession of gifted land as Rastafarians settle in Shashamane.


Rastafarians settle in Shashamane from around the world

When Haile Selassie I, born Tafari Makonnen Woldemikael , was declared emperor of Ethiopia in 1930, the followers of Marcus Garvey believed his prophecy of a black King being crowned had been fulfilled.

They declared His Imperial Majesty to be the Messiah. Shashamane is 152 miles south of Addis Ababa, Ethiopia’s capital city. With around 800 people living in and around its city most are not Jamaicans, Rastafarians settle in Shashamane from around the world.

The settlement in Shashamane in the southern portion of Ethiopia traces its roots to the 1948 Shashamane Land Grant by Emperor Haile Selassie I to members of the Ethiopian World Federation in gratitude for their defense of Ethiopia during the Second Italo-Ethiopian War if they would come back home to Africa.

In April 1941 the Italian troops concentrated in Shashamane after suffering several attacks by the British and South African Armies, and Ethiopian resistance fighters. In 1948 Ethiopian Haile Selassie I set aside 494 acres of land to reward members of the Rastafari movement, Ethiopian World Federation members and other settlers from Jamaica and other parts of the Caribbean who helped Ethiopia during the Italian liberation battles.

The official letter confirming the land grant of 1948 was submitted to the members and executives of the Ethiopian World Federation in 1955.  Following up on this, the first West Indian family and Federation members from Montserrat were Mr. James Piper and his wife Helen who arrived that same year as the first land grant administrators, returning to make a permanent settlement in 1955 on behalf of the Federation.

According to Earth Culture Roots, “Rastafari recognizes Africa as the central origin of religious history, culture, science and technology. Africa, symbolized in the scriptures by Ethiopia is an emotional magnet for many Africans that are calling us home to the continent which our ancestors were taken by force from more than three hundred years ago, during slavery, the black holocaust.”

The call to Africa has always been strong, known as Grounation Day, on April 21, 1966, Emperor of Ethiopia, Haile Selassie I visited Jamaica and Rastafari celebrated the world over.

The visit was the only time the Emperor visited Jamaica.  When Haile Selassie I was ousted in 1974 the new government of Mengistu Haile Mariam confiscated all but 27 acres of the 494 acres gifted to the Rastafari people. Nevertheless, settlers endured and immigration continues slowly to this day listening to the call and returning home to Shashamane Ethiopia in Africa.

Ethiopian nationality laws does not incorporate the concept of jus soli, a rule that the citizenship of a child is determined by the place of its birth. The children of Rastafarians living in Ethiopia are not citizens of the country and cannot access certain public services reserved for Ethiopian citizens.

Other major issues for Rastafarians living in Shashamene is the smoking of marijuana or wisdom weed which is considered an herb of religious significance to Rastafari.  It is used in Rastafari reasoning sessions, which are communal meetings involving meditation. However, marijuana is regarded as a dangerous drug, comparable to heroin or cocaine in Ethiopian society.

Rastafarians living in Shashamene want to shake the image of Rastafarians smoking weed all day and hanging around listening to reggae music, Rastafari is much more than weed, dreadlocks and reggae. In Shashamene in the rift valley of Ethiopia, the Rastafari built three schools, numerous businesses including hotels and restaurants. For Rastafarians all over the world survival is a must in Shashamene.