The Akh is the character of the spirit of a deceased person or the personality of the soul. Following the death of the Khat or physical body, the Ba and Ka were reunited to reanimate the Akh.

The Ancient Egyptians believed the Akh was part of a person’s vital force, and when a person died, it was believed that their Akh acquired mystic power.

The Egyptians thought the Akh was a radiant light, something like a star. When a person died, their Akh made a seat in heaven, among the stars of heaven. 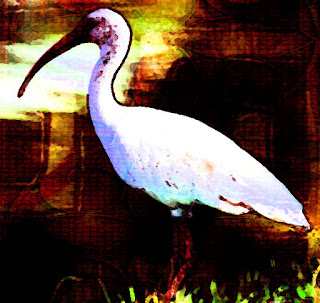 Ceremonies conducted by priests after death, including opening the mouth of the deceased to release a Ba's attachment to the body. Opening the mouth allowed the Ba to be united with the Ka in the afterlife, creating the Akh.

The Ka, is the vital essence of a person that was transmitted from one generation to the next, the Ba, granted freedom of movement and the ability to take on different forms, principally in the next world, and the Akh, is the transfigured spirit of a person in the next world.