Asteroid 1193 Africa and other asteroids are studied by astronomers who want to understand how to protect the earth, the history and inner workings of the solar system. 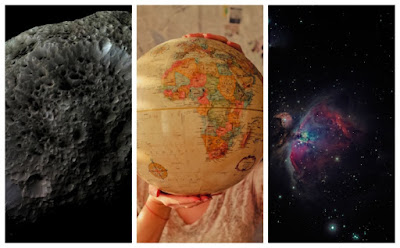 Main belt asteroids are small rocky bodies largely in orbit between Jupiter and Mars that are too small to be called planets. It is estimated that there are around 100,000 to 1 million undiscovered asteroids on similar Earth crossing orbits.

Jackson was an expert Astronomer who named Asteroid 1193 after Africa, the world’s 2nd largest continent and his base of discovery operations.

An Astronomical Unit is the unit of measure or AU used to describe solar system distances, 1193 Africa is located at an average distance from the sun of 2,646 AU taking 1,572 days to complete one orbit around the sun. Asteroid 1193 Africa is made of rock and metal and may contain organic compounds but for now, it remains an unknown class.

Asteroid Africa 1193 is not classified by NASA as a Near-Earth Objects or NEOs since NEOs are classified as such when its trajectory brings it within 1.3 AU near the earth.

Asteroid Africa 1193 is not part of nearly 4,000 asteroids large enough to destroy all life on earth. However, in the South African town of Vredefort Dome the remains of Earth's largest and oldest impact crater from an asteroid can be found.

Asteroid 1193 Africa is 11.4 miles or 18.4 km unknown class discovered by the U.K. Astronomer, Cyril Jackson who named many of his 72 discovered asteroids after cities, people and tribes of Africa.