Capoeira is a flow of communication between two capoeiristas or players through martial art dance and gymnastics performed to with musical instruments and singing. 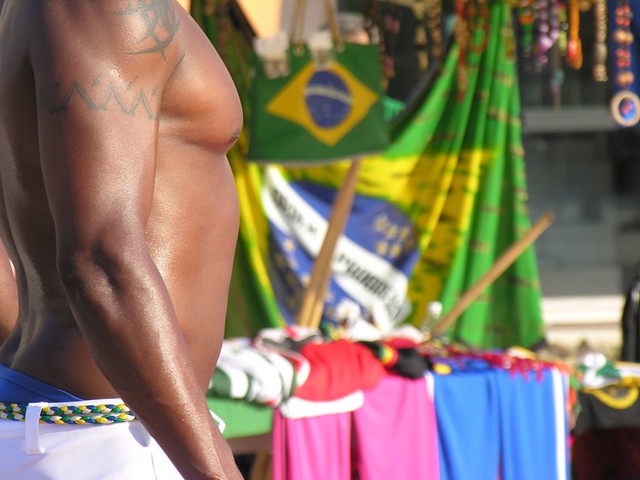 Capoeira requires great physical strength and flexibility to dance and move on your hands and feet. 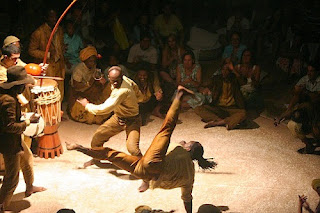 The word Capoeira maybe of Portuguese or Bantu origin. The reason why the roots of Capoeira are unknown is due to Angolan slaves introducing the sport to Brazil during the slave trade.  There was no written record of Capoeira in Angola, only in Brazil.

Therefore, the origins of Capoeira will remain unknown since oral and not written history is a tradition of many African people. Nevertheless, what is known is that African slaves brought Capoeira to Brazil by way of Portuguese slave traders. 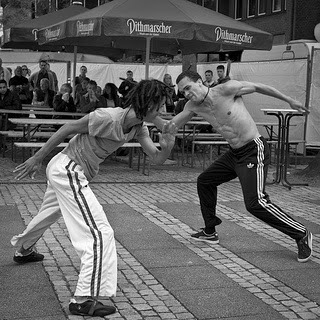 Capoeira circles are called roda and are formed by capoeiristas and capoeira musical instruments players. The roda is a place where knowledge and skills are learned by teaching and practice. Music is integral to capoeira.

It sets the tempo and style of game that is to be played within the roda. On November 26, 2014, Capoeira became an intangible cultural heritage of Brazil's humanity according to The United Nations Educational, Scientific and Cultural Organization.

The practice now joins Círio de Nazaré, Frevo, the Oral and Graphic Expressions of Wajãpis and Samba de Roda of the Recôncavo Baiano, which are already recognized by UNESCO.