Spitting Poop Sports
Bokdrol Spoeg or Kudu Dung Spitting is a sport practiced by the Afrikaners. There is a yearly competition held in South Africa for Bokdrol Spoeg. 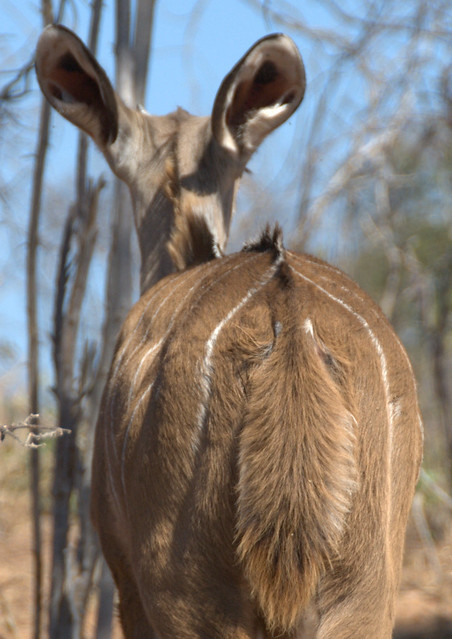 There are plenty of ordinary sports out there in the world, but sometimes you feel the need to look at the not so ordinary such as Bokdrol Spoeg or Kudu Dung Spitting.

When someone says they are a sports fan, it is presumed they enjoy watching or playing football, baseball, basketball or other popular sports. Yet, there are many sports out of the ordinary, the world is full of sporting events that most people would think odd but are actually very popular.

In fact when ESPN began in 1979 Slo-Pitch softball World Series game featuring the Kentucky Bourbons vs. the Milwaukee Schlitz was the highlight game of the week. Munster Hurling and Irish Cycling were opening weekend sporting events on ESPN as well. Bokdrol Spoeg would have fit nicely in the early days of ESPN’s line-up.

Bokdrol Spoeg or Kudu Dung Spitting is a sport practiced by the Afrikaner community in South Africa. Bokdrol Spoeg is a traditional indigenous South African sport of spitting antelope droppings.

Legend has it Bokdrol Spoeg began when South African hunters who failed to catch a Kudu antelope would take their dried poop and spit them as far as possible in the direction of their departing meal. Nevertheless, no matter what others may think of Bokdrol Spoeg the participants in the competitions continue to develop their skills, for the thrill of competition and the love of their traditional sport.

Will we see this sport in Olympics? My guess is probably not anytime soon but the first gold medal would definitely be awarded to South Africa.

Before you judge odd sports, Brunsbuettel, a town in northern Germany hosts the Mudflat Olympics or Wattoluempiade every year. Competitors battle playing football, volleyball, and other sports while deep in thick mud.

Camel wrestling or Turkish deve güreşi has been a Middle Eastern sport for many centuries where two male camels wrestle after being enticed by a female camel.

We cannot forget the World Worm Charming Championship in the small village of Willaston near Nantwich in England. The goal is to charm worms from the soil using only vibrations within the allotted 30 minutes. The existing record of worm charming listed in the Guinness World Records is 567 worms.