Most of the African continent is semi-arid and hence prone to extreme variations in rainfall from year to year. The extreme droughts that have plagued the Sahel and eastern Africa are particularly well known.
The African continent is home to over one billion people, most of whom reside in semi-arid, drought-prone regions. The West African Sahel is infamous for the extreme droughts that began in the late 1960s and took a tremendous toll on the food-insecure population.
More recently the world's attention has been focused on the extreme droughts of eastern Africa. The drought of 2011 produced famine conditions in Somalia, where tens of thousands died of malnutrition; some 11 million in eastern Africa faced severe food shortages.
Devastating floods have also occurred. Of great concern is the projection that Africa may be the continent most impacted by climate change and that droughts could become more intense and frequent in some areas.
Such a change appears to have occurred already in parts of southeastern Africa such as Malawi. Malawi is highlighted as one of the most vulnerable countries in the world to the effects of climate change.
Climate change is expected to exacerbate existing challenges with food security, health, poverty and development in the region. Malawi is susceptible to climatic changes due to high levels of poverty, and heavy reliance on a predominantly rain-fed agricultural sector for its economy.
Most of the food grown of Malawi's population comes from homegrown agriculture within the family plot of land. Almost everybody produces their own food as well as selling surplus food for urban residents.
Around 78% of Malawi's population is employed in agriculture making it a main source of income. With much of the agriculture coming from small rainfed family farms, major weather changes such as floods and droughts have a significant impact on the country's economy and frequently affect its agricultural exports and food security.

No rain, no food. Food, as far as it comes from plants, whether cultivated or wild, is withered by droughts and ruined by floods, humankind throughout the ages, by magic has sought to regulate rain tried to break droughts and arrest excessive rains.

Even though there is doubt with modern scientists toward rainmaking ceremonies, the practice remains popular in Malawi Africa. A rainmaker is an important person in the African community, performing rituals and wielding great power.

Many of these rainmaking practices originated as appeals and prayers to a supernatural being who controls the weather. When rain is needed, rainmakers take water from a spiritual part of a river, carry it into dry fields and there throw the water high into the air.

Rainmakers Khulibvi shrine is a symbol of authority to Rainmakers in Malawi Africa.

Rainmakers Mang'anja Tribe, Mbona worshipers offer sacrifices to their God in times of drought and troubles. Rain is essential for life. All living things need water to live.

If you control the water you control the very essence of life. The Khulibvi shrine is a symbol of authority if you were in control of the shine you controlled the lives of the people who are spiritually united with the religious shrine. 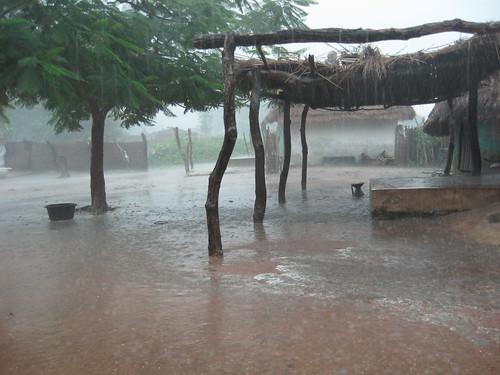 Mbona was not a legible heir of chief Lundu and therefore he was never supposed to perform rain ritual dance. The entire legible heir performed the dance but rain did not fall.

The elders of the village suggested that Mbona should perform the ritual dance and the chief agreed. In the process of Mbona's dance-heavy rain felled and one of chief Lundu's son was killed by the lightning.

Chief Lundu was angry with the death of his son, therefore he sent his men to kill Mbona. Mbona was killed by Lundu's men at a mountain and his blood turned into a river. Before he died he ordered the men to construct a shrine on the mountain. Every chief sent his regular offerings to the shrine to ask for rains. 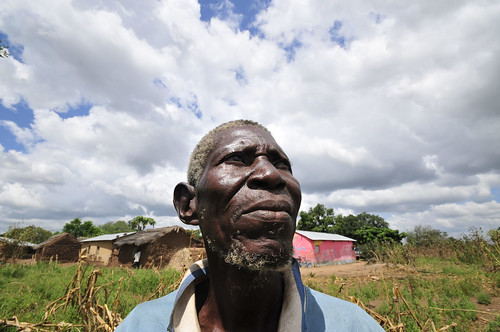 Mbona was a renowned figure with unworldly powers who lived in Malawi during the rise of the Lundu Kingdom. Mbona is said to have magic powers of bringing rain, creating wells of water on sandy lands, creating forests where they did not exist and hiding from enemies by turning into many types of living things.

Mbona's uncle Mlauli, who also had unworldly powers became jealous of his nephew and wanted to kill him. No matter how hard Mlauli tired, he could not kill Mbona.

One day Mbona finally was ready to die and told Mlauli and his enemies how to kill him; they cut his throat with a leaf of a tall reed. Mbona's head was cut off by the reed and placed at Khulubvi now located in the lower Shire Valley in Southern Region of Malawi.

No matter the version of the story, the Mang'anja tribe pay tribute to the sacred Shine of Mbona's head at Khulubvi. The Khulubvi Shrine is a small hut located in the interior of thick under bush and trees of the Lundu, Malawi. Followers of Mbona worship at Khulubvi still to this day maintaining the scared ground as their ancestors did hundreds of years ago.

Mang'anja are Chewas from the Southern region of Malawi. Chewa or Nyanja people are the largest ethnic group in Malawi with four historical groupings.