Olowe of Ise was born about 1875 in Efon-Alaiye, a town in eastern Yorubaland that was once a kingdom and one of the most important centers of Yoruba carving. 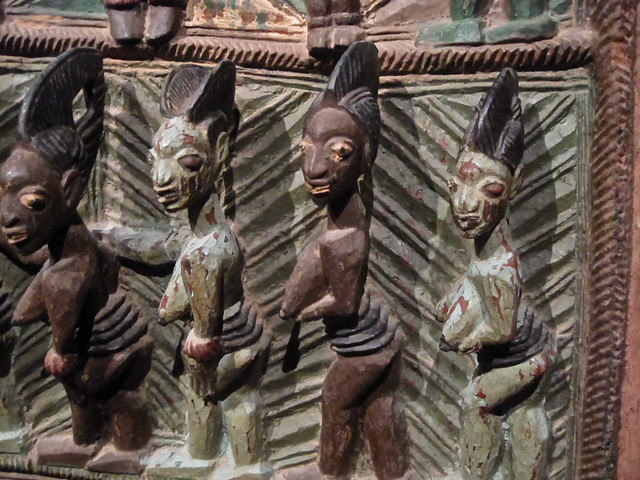 The details Olowe of Ise early life and training in sculpture are not known. Olowe moved to Ise at a young age to serve the King as a court messenger.

Yoruba carvings of Olowe of Ise 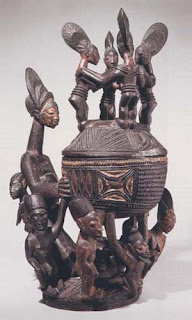 Olowe of Ise descendants claim he was self-taught, but it is likely that he learned the Yoruba canon and perfected his carving skills during an apprenticeship.  Eventually he became a master artist at the King's palace, and as his fame grew, other Yoruba kings and wealthy families commissioned him to carve architectural sculptures, masks, drums and other objects for their palaces.

Among the Yoruba such elaborately carved and decorated bowls were prestige objects used to offer kola nuts to guests or to deities during religious worship.  Olowe was an innovative and virtuosic, even daring, artist as demonstrated in this sculpture.

The image of four dancing girls on the lid, for example, is the first such representation in Yoruba art.  Olowe's choice of dancers raises questions about his inspiration. Olowe also depicted nude males, one of whom is kneeling, on this bowl. Such renderings are exceptional and challenge the Yoruba canon.

Did you know? Olowe of Ise worked in the small town of Ise in southwestern Nigeria, Olowe is considered as the most important Yoruba artist of the 20th century.