How is salt made and used

Thousands of years ago salt was more precious than gold and the African Taoudenni salt mines in the desert region of northern Mali were a valuable commodity.

How is salt made and used in Africa.

There are three methods used to produce salt; solar, evaporation and rock mining. The rock salt mining method is one of the oldest methods of producing salt. Salt appears in veins which are the original bedded salt deposits of ancient underground waters.

Salt also may be found in vaults, which were formed when Earth pressures forced salt up through cracks in the bedrock. Rock salt has always been mined in the rocky under layers of the Earth's surface from ancient underground seas, lakes, and rivers that have long since dried up. 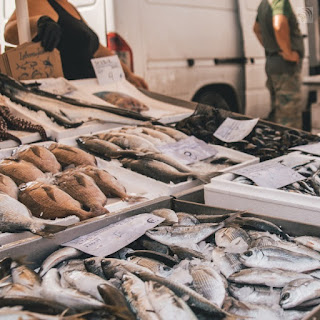 Throughout history in many parts of the world salt has been hard to get, and people feared a lack of salt was parallel to the world ending. Since 1587, salt mining in Taoudenni located in Mali, Northern Africa remains a trading tradition. Camel caravans have been traveling through the Sahara desert to the salt mines of Taoudenni in northern Mali to Timbuktu to mine rock salt for centuries.

Founded by the Imagharen Tuareg, Timbuktu in Mali was established in the 12th century, almost nine hundred years ago as a place where nomads could pasture and water their camels after traveling through the Sahara desert mining salt in Tauodenni.

Timbuktu is located close to the river Niger that soon became known as a place for trading due to its location. For the Berabish Tuareg, the salt caravan is not something just for money; it is tradition, a rite of passage. Trucks on unpaved roads through the desert now handle most of the trade replacing camels.

Trucks can carry much more than camels since they move faster and do not require long periods of rest. In addition, with the changing climate and rain becoming scarce, finding water in the desert for camels to drink is an increasing problem. The camel's hump is not used for water storage, but they do drink up to 20 gallons of water at a time.

Azalai (as-ah-lie) is the semiannual salt caravan route expertly navigated by the Berabish Tuareg salt miners in the Sahara desert between Timbuktu and the Taoudenni mines. The rock salt is extracted as slabs by hand weighing up to 132 pounds or 60 kilograms.

The salt will be sold locally or shipped, mining and transporting salt is an exhausting undertaking nevertheless, the Berabish Tuareg salt miners sees the camel salt caravan as not just a trade for money; it is tradition, a rite of passage.

Directions on how to make homemade African salted fish

In Africa salting is a perfect way of preserving fish.

Salting is the preservation of food with salt and is one of the oldest methods of preserving food in Africa. Salt prevents the growth of bacteria by drawing water out of fish cells. If properly packed and kept dry, salted fish will keep in good condition for a long time. Cutting up or filleting the fish is good as it speeds up the preserving salting process. Use perfect salted fish step by step for African stew and soup recipes.

Tilapia is a good flavored fish, easy to prepare and cook. It is rich in protein, vitamins, and minerals, low in fat, making it a healthy choice for the sick and elderly with the risk of high blood pressure, high cholesterol or heart diseases and an excellent source of vitamin B12, which is very important in our body to help maintain our energy levels.

The freshwater sardine is a small silvery fish with a strong taste which is usually sun-dried and eaten whole. Sardines are very inexpensive and can be stored for a long time when salted, rich in calcium, potassium and magnesium which are very important for the development of teeth and bones in children and vital for pregnant mothers, and is rich in vitamin A, D and of the B group vital for the health of all.

Nile Perch is a large fish that can be bought whole, as fillet or steak. It is easy to digest, delicate in taste with a firm and flaky texture, one of the best sources of Omega3 fats and versatile, it can be cooked in many different ways.

Rinse fish well, then pat dry with a cotton towel. Put a layer of salt over the bottom of a container. Put the fish onto the salt skin side down.

When all the fish have been salted then cover the top layer with plenty of salt. Then put a clean wooden board on top and a heavyweight on top of that and leave the fish to salt for 18 days.

Wash the fish in clean water to remove the salt from the outside of the fish. Lay the fish on drying racks to dry. The fish can also be hung from the tail on racks in direct sunlight for the first day.

From the second day onwards, place the fish in the sun to dry. Dry it for up to 8 days. Keep the fish in a clean, cool place every night.

When the fish is dry, put in a large clean container with a layer of salt on the bottom and cover with a lid.


Did you know
Pickling salt is a salt does not contain iodine or any anti-caking products added and is a very fine grained pure food-grade salt used in preserving. Kosher salt is a great alternative to pickling salt in a pinch.
How is salt made three facts
There are three methods used to produce salt; solar, evaporation and rock mining.
The largest source of salt is in our seas and oceans.
China is the largest salt producer in the world.

Easy lunch and dinner rice recipes to make right now so you never have to eat or prepare a boring white rice recipe again.