What is a person from Africa called?

What is a person from Africa called? Keep in mind ethnic family means more than land boarders. Below is a list of nationality names in Africa.

One classic disastrous example of ethnic or tribal group identity displacing nationality is in East Africa. Tutsi insurgents continue to fight waging guerrilla battles in Uganda, Rwanda and Burundi, the ethnic strife that sparked the slaughters in Rwanda and Burundi continue in the regions. The Tutsis as cattle-herders were often in a position of economic dominance to the farming Hutus and in many areas, like Rwanda, the minority Tutsis ruled the Hutus, 84% of the total population. 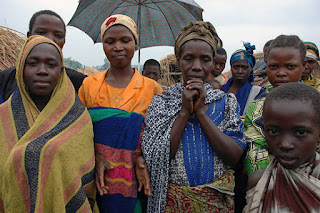 South Africa has one of the highest murder rates in the world and a history of xenophobic attacks by people who accuse citizens of other African countries, as well as Asian countries, of coming to steal their jobs. The South African government does not collect data on attacks or threats against foreign nationals. About 70% of foreigners in South Africa come from neighboring Zimbabwe, Mozambique and Lesotho. The remaining 30% is made up of people from China, Malawi, UK, and Namibia, eSwatini, India and other countries.

A person's nationality is where they are a legal citizen whether by birth, parentage or naturalization pledge. Nationality is membership in a particular nation indicating where a person was born alive or holds citizenship with an African country.

Surrounded by water from all directions, Africa is a continent with 54 sovereign states and 54 different ways her counties were named without input from indigenous folks.

The land on the African continent was carved up by colonialists based on economics and that is way tribal ethnic groups outweigh nationality and citizenship. Foreign overseas traders and exporters solely according to the business and trade economies roughly divided Africa into four coasts; Pepper Coast, Ivory Coast, Gold Coast, and the Slave Coast. The Berlin Conference was not the start of the Scramble for Africa; history shows that the first areas to be settled in the African regions were those along the shoreline.

An ethnic group is a category of people who belonging to or deriving from the cultural, religious, or linguistic traditions of a people or country. People who identify with each other based on similarities, such as common ancestral, language, social, and cultural experiences.

Many African people refer to their ethnic or tribal group first then their nationality. Some believe belonging to an ethnic group does not come from individual choice but others impose ethnicity. Race is associated with biology, whereas ethnicity is associated with culture. Therefore, a tribal ethnic group is a subjective category based on personal feelings, tastes, or opinions of others.


The nationality for Niger and Nigeria is Nigerian therefore when some says they are Nigerian now you know to clarify if thier nationality is Niger or Nigeria.