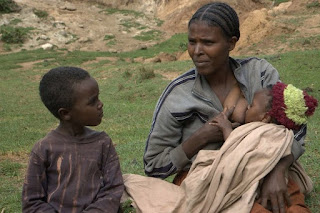 A wise father encourages breastfeeding so his baby grows up to be strong, healthy, and intelligent. Sexualization of breasts today. Breasts in Africa; breasts are less eroticized in some rural African societies where women go topless than in urban societies where breasts are exploited in advertising and in pornography. Breasts are for feeding infants In Africa, the vast majority of babies are breastfed. Breasts in Africa; breasts are less eroticized. Breasts are for feeding infants but there is a counterproductive dogged issue as female breasts exposed for money. Breasts in the US are big business because sex sells. We see women’s breasts everywhere on television, at the movies, in magazines, on billboards. The addictive and harmful nature of porn is likely another reason why women’s breasts have become sexualized. According to the National Geographic Society’s official website, one of the magazine’s early milestones came
Learn More

The African hunter never returned folklore story, he goes away promising to return but never does Guluwe was a hunter of great renown, who crossed the Kei on the Wild Coast, in the Eastern Cape, South Africa with Khakhabay, the great grandfather of the late Sandile. No man was ever so skillful and successful in the pursuit of game as Guluwe. However, when Khakhabay took possession of the Amatolas densely forested mountains, which he purchased from the Zulu chief Kohho, he found them infested by great numbers of Bushmen.  One day Guluwe, who had two young men with him, killed an eland, but while he was still shouting his cry of triumph. "Tsi! ha! ha! ha! ha! The weapons of Khakhabay!" he was surprised by a number of these inhuman looking Pygmies. They said "Look at the sun for the last time; you shall kill no more of our game." Guluwe offered them a large quantity of dacha wild hemp, used for smoking for his ransom. One of the Pygmies was unwilling to spare him,
Learn More 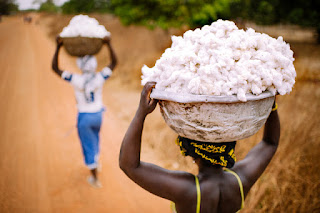 African women farmers are angry and need protection against shady land purchases, social, cultural and legal barriers. Around the world, there are distinct roles given to women, farming is still a man’s world. Gender inequalities reflect a mix of social, cultural and legal barriers to women’s participation in the farming financial system. Africa’s vast untapped potential in funding farms for women could become a source of rural prosperity and more balanced economic growth. Agriculture has always played a fundamental role in the lives of people on the African continent. Whether the food is grown for household consumption or for sale women farmers contribute heavily to Africa’s agriculture. Around the world, there are distinct roles given to women. Women are also traditionally responsible for preparing food for their families. Almost half of the agricultural workers in sub-Saharan Africa are women, however; African women farms are far less productive than their African male count
Learn More
More posts