After a fight over a beautiful woman, two young men will not condescend to take a pinch of snuff together on any account, although they have been the best of friends their entire lives. It is not until their quarrel has been settled and their tempers cooled down that they can begin to say, "Ngi ncwebise ugwai " or give me a pinch of snuff. 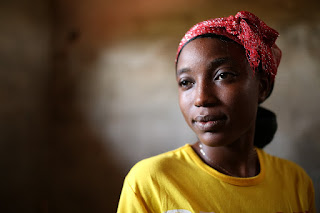 Two handsome young men, who had been friends ever since they were quite little fellas, fell in love with the same beautiful woman, who was the chief’s daughter kind and pleasant to everybody.

These young men were inseparable; wherever the one went the other was sure to go. Whether it was to a hunt, beer drink, wedding, or dance they always went together. A certain chief took a liking to these two young men, for they were very cheerful and amusing, so he encouraged them to come to all his entertainments.

One used to ornament himself with orange beads, the other with red beads. They each carried a beautiful slender, iron-tipped, hardwood spear, a club, and a feathered shield.

These two young men were greatly struck with the girl, and both fell in love with her. The one in red decided at once to win her, but how to set about it was a puzzle, for he never before had gone anywhere without his friend, and he did not know what excuse making to go off alone. However, the next day he got a very good opportunity, for his friend was taken ill and could not attend a dance he had promised to go to.

The one in red had to go alone and make excuses for the other. Between the dances, he got a chance to try his luck with the young woman and was rejected at once for having the impudence to wear the royal color of red. This maiden thought he could not be trusted he would venture too much, and end by being killed.

He went back disappointed and annoyed but did not let his friend know anything about it, for he intended to try again. When his friend had recovered they went together to call on the chief.

His daughter brought in some food to the group and it was noticed that she paid most attention to the one in orange, and of course, that gave him hope at once. As soon as she left the house, the young man in orange beads said, "Your daughter, chief of the great house, has won my heart.

The chief answered, "You are a handsome, promising gentleman and if she agrees, my daughter shall be your wife.” The young man was delighted with this answer.  He took the next opportunity to propose and was accepted.

His friend was furiously angry and swore a solemn oath that now their friendship had come to an end, and they would be enemies for the rest of their lives, “For," said he,” A true friend never gets in your way unless you happen to be going down.

They parted there and then.

Whenever the two old friends met the orange beads said to him, “dear friend of my youth and life, come and let us make it up. Here, take a pinch of snuff. It was no fault of mine you were rejected."

"No, ' it is too soon after your wedding," said the other, “this may be done, but I do not wish to. It is too soon my friend, irritate me not, I pray. May the spirits of the ancestors pity me and save me from harming you or her. Depart in peace! It is easier to forgive an enemy than to forgive a friend. "

However, three months after the wedding and after their hot anger cooled, the two friends met under a Dogwood tree, took snuff together, and vowed to forget their grievance.