Directions
Preheat oven to 350 degrees F. In a large mixing bowl cream sugar and eggs. Drain the liquid from chickpeas, rinse and pour into a food processor, pulverize the chickpeas, lemon juice, spices and oil.

Add the chickpea mixture to the creamed mixture and mix well. Add wet ingredients to dry and mix well. Grease and lightly flour a 9"X13" baking sheet. Parchment paper and pan liners can help prevent sheet cakes from sticking to the bottom of the pan instead of greasing the pan and aid you in handling your cake during the transferring process. Bake 30-35 minutes.

When the cake cools completely, evenly spread orange preserves on top of the cake and dust with powdered sugar. 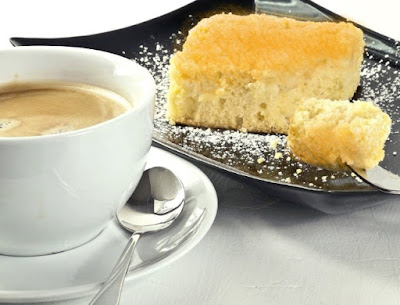