Breadfruit may not be the first item you reach for in the supermarket, but the large, protein nutrient-rich breadfruit is a staple food in sub-Saharan Africa. 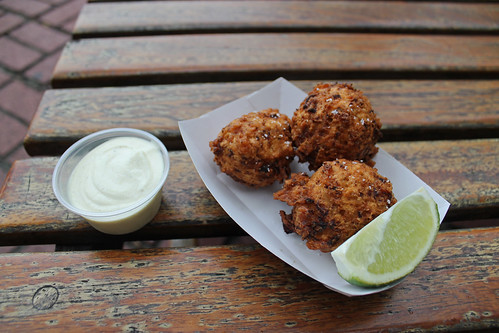 African breadfruit fritters are deep-fried and scrumptious; the fritters are a tasty blend of savory and peppery.

In a large bowl add all ingredients and mix well, add just enough water so the mixture will make small soft balls with the dough. Fry in hot oil until golden brown, place fritters on a paper towel to soak up excess oil and serve warm. 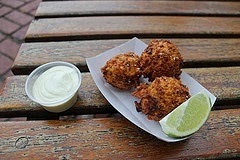 The breadfruit tree has the scientific name Artocarpus altilis it produces fruit for over 50 years. Ripe breadfruit has a sweet flavor and should be used when it is soft, breadfruit seeds, leaves, and blossoms are also a tasty treat.