African Folktale Story of the First Banana Tree on Earth

African folktales are mythical true stories handed down through generations through oral tradition explaining the existence of the unknown. Below is the African folktale of how the banana tree was the first fruit tree on earth. 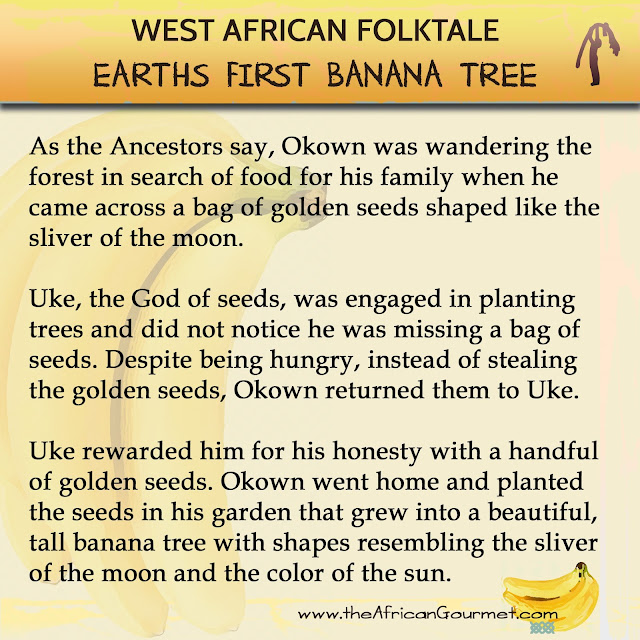 As the Ancestors say, Okown was wandering the forest in search of food for his family when he came across a bag of golden seeds shaped like the sliver of the moon.

Uke, the God of seeds, was engaged in planting trees and did not notice he was missing a bag of seeds. Despite being hungry, instead of stealing the golden seeds, Okown returned them to Uke.

Uke rewarded him for his honesty with a handful of golden seeds. Okown went home and planted the seeds in his garden that grew into a beautiful, tall banana tree with shapes resembling the sliver of the moon and the color of the sun.

African Folktale Story of the First Banana Tree on Earth 

Why Some Souls Are White and Others Black