The Africa Movie Academy Awards started in 2005. The AMAA’s are presented annually to recognize excellence in the African film industry, films are made for Africans, by Africans. The AMAA’s were founded by Nigerian film maker Peace Anyiam-Osigwe.

Peace Anyiam-Osigwe founder and CEO of The Africa Movie Academy Awards (AMAA) stated “The AMAA’s started out just as something I was going to do, so that we could have one day as filmmakers to meet and sit down together. But now it’s something that everybody looks forward to. So when I look back, I think that’s my biggest achievement.” 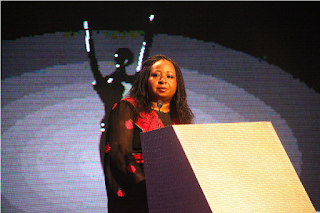 Peace Anyiam-Osigwe also says “Bringing the cinema to rural areas in Africa is important because Africa has knowledge and history of storytelling, and this is just moving it to the next stage. These are films made for Africans, by Africans. One of the saddest things for us as African filmmakers is that a lot of the films that are made in Africa with the exception of Nollywood films don’t get seen in Africa. Some of the historical filmmakers like Ousmane Sembène a lot of people on the continent have not seen.”

“There are so many positive things that come out of Africa that never get said or never get talked about. Most of the things we see on TV are the problems that we already know we have. There is poverty in Africa, there is illness, there is homelessness, but there are still a lot of good things in Africa a lot of beautiful people in Africa that make the world go around in terms of their industry.” states Peace Anyiam-Osigwe. 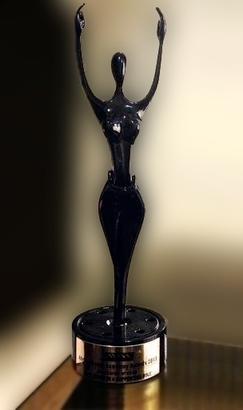 The AMAA are aimed at honoring and promoting excellence in the African movie industry as well as uniting the African continent through arts and culture. Peace Anyiam-Osigwe tells Ted Talks “One of the best things coming out of Africa right now is the creative industries. We have a lot of brilliant writers, filmmakers and musicians. P-Square, for example, comes to America from Nigeria and sells out shows. We have dressmakers like Tiffany Amber who are now internationally renowned. All these young entrepreneurs are succeeding in the face of so much adversity. There is a vibrant youth culture going on in Africa, and these things need to be talked about, these things need to be shown.”

The African Movie Academy Awards took place in Bayelsa, Nigeria on May 26, 2014 honoring a number of filmmakers for excellence in African film making and cinema. On June 20, 2015 the nominees for the AMAA were announced in Los Angeles, California, South Africa will host the event, which will be held outside Nigeria for the first time since the awards were founded in 2005.