Discovery of African Diamonds and the Zulu Clan 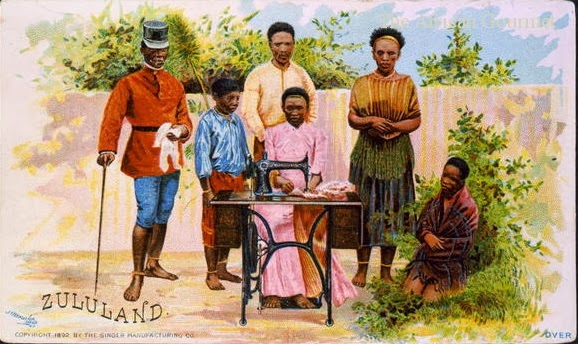 Changes in the Zulu Kingdom

The discovery of gold and diamonds in 1867 near the Vaal River changed Zulu life forever. The Zulu Kingdom, in 1879 fought the Anglo-Zulu War with the British Empire. British troops invaded the Zulu kingdom 5,000 strong, in January 1879 but within days the British were defeated by the Zulu warriors at the battle of Isandlwana.

Zulu warriors massacred around 1,350 British troops at their camp in the first days of the battle of Isandlwana. Despite this early win, the Zulu nation was eventually defeated and came under the control of the Colony of Natal and later to be named the Union of South Africa.

The capture of the Zulu leader Cetshwayo kaMpande who was the nephew of the legendary Shaka Zulu, in August 1879 ended the Anglo-Zulu war after 6-months of fighting. 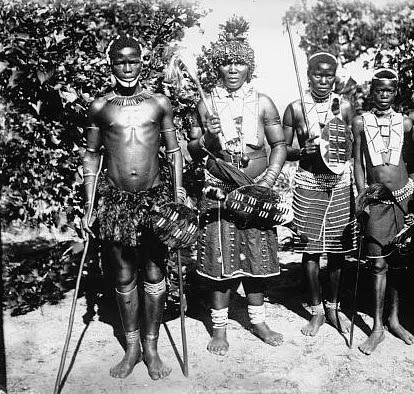 Twenty-six years later from May 1, 1893, to October 30, 1893, about 716,881 people attended the World's Columbian Exposition in Chicago. The day also honored the anniversary of the Great Chicago Fire of 1871. Forty-six nations participated in the expositions 6-month event.

The Columbian Exposition Midway’s featured a replication of a "Street in Cairo”. The "Street in Cairo," was one of the first amusement shows to introduce exotic dancing to America, needless to say, it was the most successful midway attraction in the exposition.

The Singer sewing machine advertisement card, which was distributed at the World Columbian Exposition in Chicago 1893, depicts Zulu clan members dressed in British fashion, barefoot and seeming bond at the ankles. The Singer sewing ad is very different from independent semi-nomadic pastoralists of the Zulu nation just 30 years earlier.