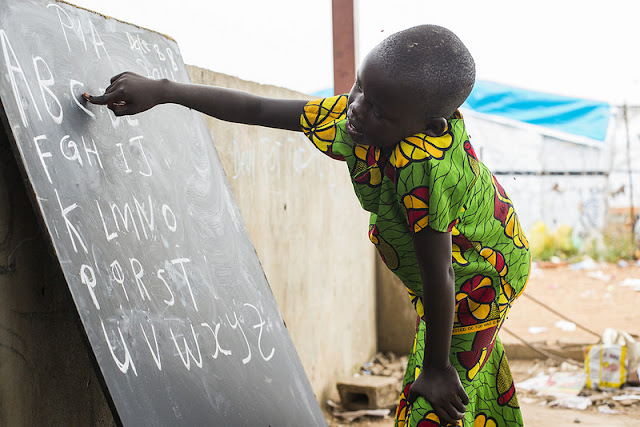 It is estimated that 29 million primary school-aged children, more than half of them girls, are out of school in Africa. UN figures show that between 1999 and 2008 girls’ enrolment in Africa has increased from 54% to 74%, but about 16 million are out of school.

Free primary education was introduced in Tanzania in 2001. After school, and another hour’s walk home, children will walk another hour each way to fetch water, and then eat dinner, study, and sleep.

One teacher at Mwangala Primary School in Mombasa County, Kenya says, "Maybe 70% of our students come here from more than 3 miles or about 5 km away, so a lot of children arrive late—and they haven't had any breakfast and they don't get lunch here. The only get food at night. Can you imagine trying to teach a child who has not eaten anything all day and has walked so far?"

With the moderation of roads and transportation infrastructure, the days when students used to walk miles to access school maybe dwindling in urban areas thanks to the emergence of alternative means of transport like school buses and private cars.