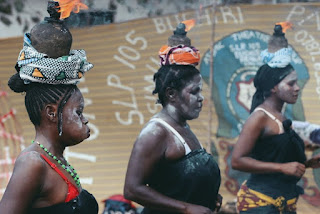 Scapegoat Sacrifice Ceremony of Ukamba African Ceremony It is believed the physical world is parallel to the spiritual world therefore when a disease plagues the village of Ukamba, the Elders take a large ram, a male sheep for ceremonial slaughter.  The Elders of the village cut small pieces of meat from the ram carcass and spear the meat on wooden sticks.  Men and women of the village then each take a piece of ram meat, walk some distance from the village and throw it deep into the woods. By doing this the disease will be carried away with the pieces of meat taking with it all wickedness and impurities of the village. The remaining ram meat is roasted at a large fire and eaten by the villagers; the bones are collected at the place where the meat was roasted and are broken up.  A libation is prepared, and next morning at dawn, everyone must be awakened before the libation is poured out. The libation is put into a horn of an ox and into a bowl made from a gourd, the former being held i
Learn More 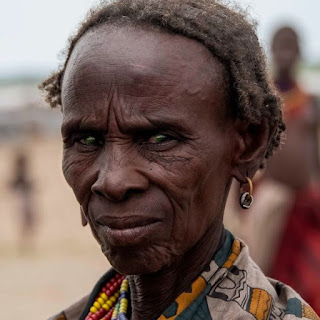 African Folktale from Kenya. Shadowland Mugumo Tree Legend Folktale A long, long time ago a poor farmer named Katimu lived in Kamoko Village Kenya. He borrowed a spear from a neighbor to kill an animal which was destroying his crops.  He lay in wait in the field and eventually speared one, but it was only wounded and ran off with the spear in its body and disappeared down a hole near a scared Mugumo tree.  Katimu went to the owner of the spear and told him that the spear was lost, but the owner insisted on having it back. He bought a new spear and offered it to the owner in place of the lost spear, but the owner refused it and again insisted on the return of the original spear.  He then proceeded to crawl down the hole under the massive Mugumo tree, and having crawled a long, long way found himself eventually, to his surprise, in the mikeongoi shadowlands .  Mikeongoi shadowland old woman The shadowland people asked him what he was doing here and Katimu told them of his errand.  They
Learn More

Cattle raids and murders in Kenya 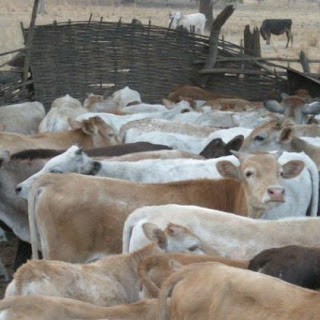 Cattle raids and murders have become common between the Turkana, Pokot and Samburu tribes in Kenya. As with all other pastoralist tribes in Kenya including the Pokot and Samburu tribes, livestock, especially cattle, are at the core of life and culture.  Cattle raids and murder. The Turkana people place such a high value on cattle that they often raid other tribes to acquire more animals. This may be seen as theft, but to the Turkana and other pastoralist tribes , it is a traditional custom.  However, on September 24, 2022 eleven people were killed in Turkana County including eight National Police Service officers, two civilians and a local chief during a the Pokot ethnic group cattle raid. t follows an incident last month in which at least seven people were burnt to death in the same county during a raid by suspected Pokot militiamen.  The pastoralist communities have used raiding and violence to restock herds, seize political power, or gain access to water. The area has been one of th
Learn More
More posts