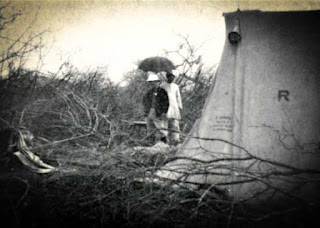 List of Known Victims Killed by the Insatiable African Tsavo Man-Eating Lions and How They Died.  Tent Lieutenant Ungan Singh was clasped by the throat and dragged off to be eaten by the lion. Intelligent African man-eating lions stopped at nothing and stalked human prey with the precision of a military operation. Tsavo devil lions killed and ate upwards of 135 railroad workers from March - December, 1898. These clever African man-eating lions stalked, terrorized and killed Indian and African railroad workers for nine months in British East Africa.  From March - December 1898, in an eight mile radius, the lions stopped at nothing and in fact stalked human prey with the precision of a military operation. The railway workers believed the lions were not animals, but devils in lions' shape and lived a charmed life. The first written account of African man-eating lions was written in The Field newspaper in the year 1899 written by Lieutenant Colonel John Henry Patterson, an engineer h
Learn More
More posts