Showing posts from February 2, 2020
Show all 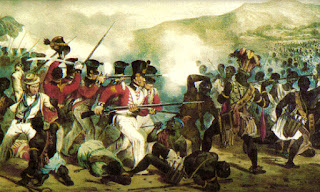 Ekumeku Resistance Movement During Nigeria British Rule Nigeria became an offical British administrative land in 1901, the colonialism and invasion of British troops was a catastrophe for the ingenious Igbo African way of life, but the Ekumeku underground resistance movement attempted to right the wrong. Ekumeku War between the British and the people in Asaba hinterland lasted until 1911. British first carried out indirect rule through native authorities, who collected taxes and performed other local administrative tasks. Access to colonial resources was determined by the cooperation of tribes in relation to British power and the Ekumeku committed an act of treason by killing a popular British officer. The murder of O. S. Crewe-Read by the Ekumeku ignited the Asaba massacre. Ekumeku Resistance Movement During Nigeria British Rule A resistance movement is an organized effort by some portion of the civil population of a country to withstand the legally established governm
Learn More
More posts