Why do wars occur and recur in South Sudan 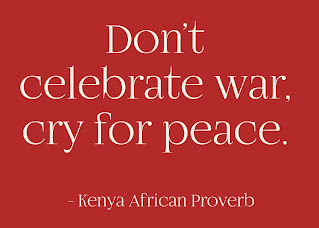 The nature of war and conflict has also changed over the years in South Sudan with interstate conflict, that intrastate conflicts and civil wars are common. War may sometimes be a necessary evil. But no matter how necessary, it is always an evil, never a good. We will not learn how to live together in peace by killing each other's children. – 39th President of the United States of America, James Earl "Jimmy" Carter Jr., Nobel Lecture, December 10, 2002. When a complaint concerning a threat to peace is brought up, the first action is usually for the parties to try to reach an agreement by peaceful means. When a dispute leads to fighting, the community's first concern is to bring it to an end as soon as possible. The main strategies for preventing disputes from escalating into conflict, and for preventing the recurrence of conflict, are preventive diplomacy and preventive disarmament. Preventive diplomacy refers to action taken to prevent disputes from arising o
Learn More
More posts