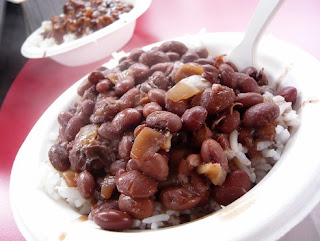 How to cook Zanzibar Coconut Beans. There's nothing quite like this classic Zanzibar African food recipe of coconut beans using dry and fresh beans and fresh coconut milk. Coconut milk comes from the white flesh of mature brown coconuts, which are the fruit of the coconut tree. Coconut water is found in young coconuts, you can use coconut water instead of coconut juice but the taste will not be as rich however, the calorie count is lower. Rice and beans are the most common food dish in many African Countries and coconut beans is a hearty African food recipe that is inexpensive to make. Ingredients 1 cup dry red kidney beans 2 teaspoons minced garlic 1 large red onion, diced 1 large green bell pepper, diced 1 teaspoon onion powder 1 teaspoon salt 3 cups of coconut milk 1 cup white rice 2 cups of coconut milk Directions Add all ingredients except rice and 2 cups of coconut milk into a large pot and simmer 3 hours. In separate pot cook rice in coconut milk for 20 mi
Learn More 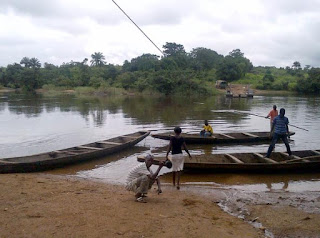 Six main rivers flow across the African country of Liberia. Liberia shares rivers with all its neighboring countries. The Mano River forms a border between Liberia and Sierra Leone and the Cavalla or Cavally River forms a border between Côte d'Ivoire. Liberia, located in West Africa, covers an area of 111,370 square km or around 27.5 million acres of land. Just over 14 percent of the total area of Liberia is water from rivers, lakes, swamps, lagoons, creeks, and streams that drain to the Atlantic Ocean.  It borders Sierra Leone to the northwest, Guinea to the north, Cote d’Ivoire to the northeast and east, and the Atlantic Ocean to the south and southwest. Liberia shares rivers with all its neighboring countries. Rainfall amounts vary a lot in Africa and Liberia is one of the wettest countries in Africa with 45,550 cubic meters of rich natural renewable water resources. Liberia receives 2,391mm of precipitation per year with a climate that is tropical, hot and humid wet, c
Learn More

African Countries Where Prostitution is Legal

Hoeing is divisive, about African countries where prostitution, buying sex, brothels, pimping, and solicitation are legal by regulations and laws. Most sex workers do not enjoy the sexual acts they perform; working all day and night, sometimes traveling to different towns and villages, many times walking the streets praying, it is scary to be outside jumping in different cars not knowing when you're coming home. They just fell into the life, everyday waking up saying “I have to do this I have to what is needed in order to survive." Why do women and men sell themselves for money? Many do not want to, being arrested for prostitution, sleeping with random people on the streets, in cars and hotel rooms is not the life women of the night envisioned for themselves at the age of five. Young African girls have dreams of a different life than hoeing, dreaming of being a real estate agent, a flight attendant flipping houses. Not giving themselves up stripping dignity away but still
Learn More 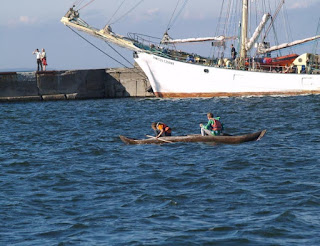 The creation and maintenance of National boundaries in Africa on land and sea is not always agreed upon since Africa straddles the equator, and is the second largest landmass on earth. Dividing lines of land and sea boundaries in Africa’s 54 countries leads to disputes over land and maritime boundaries when money and safety are involved. Stats and information in Africa disputes over land and maritime boundaries. Clear property lines identify the land and sea boundaries belonging to a country but in many circumstances, these lines are blurred. Moreover, even when a permanent marker can be located and agreed upon the boundary dispute may not be settled for years. Land boundary markers In many cases, one African country accuses another of moving boundary markers or borders are porous leading to an influx of refugees. Boundary stones or markers are a physical marker that identifies the start of a land boundary or the change in a boundary. Many African countries such as Liber
Learn More
More posts