American Colonization Society in 1817 founded Liberia and sent free and freed blacks back to Africa as an alternative to living free in the United States.

Liberia began as a settlement of free blacks and freed slaves from the US established in 1822. Arkansas emigrated more free and freed blacks to Liberia, more than any other US state.

During the term of the fifth president and founding father of the United States, James Monroe, the American Colonization Society (ACS) was formed.  ACS, in 1817 sent free and freed blacks back to Africa as an alternative to emancipation in the United States. In 1822, the society established on the west coast of Africa a colony that in 1847 became the independent nation of Liberia.

Because the soil around Monrovia was poor and the coastal areas were covered in dense jungle, many early emigrants to Liberia moved up the nearby St. Paul's River, where they found land suitable for farming. There they established small communities of people from the same geographic region in America. >

In 1867, the American Colonization Society published a list showing the names of ships, dates of sailing, and a number of emigrants by the state through December 1866. By that time, more than 13,000 blacks had been settled in Liberia through ACS efforts.

The Library of Congress states, “The roots of the colonization movement date back to various plans first proposed in the eighteenth century. From the start, colonization of free blacks in Africa was an issue on which both whites and blacks were divided.

By 1867 the American Colonization Society (ACS) resettled more than 13,000 black people in Liberia. 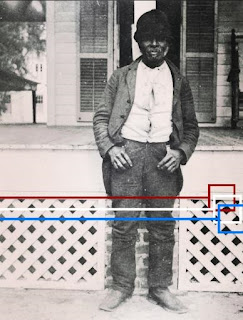 Beginning in the 1830s, the society was harshly attacked by abolitionists, who tried to discredit colonization as a slaveholder's scheme. And, after the Civil War, when many blacks wanted to go to Liberia, financial support for colonization had waned. During its later years, the society focused on educational and missionary efforts in Liberia rather than emigration.

Liberian settlers tried to recreate American Society by building churches and homes that resembled Southern plantations, however, they found themselves in the same complex relationship with the indigenous Liberian population as they were with their white counterparts in America.

Some Liberian settlers tried to civilize the indigenous people of Liberia however this caused a rift that is still seeing between the two groups of people today.

Liberian colonists built schools during the early years to try to teach the indigenous population however, conditions worsened as Liberians tried desperately to modernize this group of people.

Development between the supposed Elite breed African settlers and the indigenous population caused a widening gap and frustration in Liberia ran high. The majority of the population was poor and lack basic education.

Joseph Jenkins Roberts, 1809–1876, a wealthy Monrovia merchant who had emigrated in 1829 from Petersburg, Virginia, became the first black ACS governor of Liberia in 1841. In 1848, he was elected the first president of an independent Liberia.

He achieved international recognition for the new country before leaving the presidency in 1856. After many years as president of Liberia College, Roberts again served as Liberian president from 1872–1876.

Before the Civil War, Robert E. Lee freed most of his slaves and offered to pay expenses for those who wanted to go to Liberia. In November 1853, Lee's former slaves William and Rosabella Burke and their four children sailed on the Banshee, which left Baltimore with 261 emigrants.

Burke studied Latin and Greek at a newly established seminary in Monrovia and became a Presbyterian minister in 1857. He helped educate his own children and other members of his community and took several native children into his home.

The Burkes's letters describing their lives in Liberia show that they relied on the Lees to convey messages to and from relatives still in Virginia, and the letters also reflect affection for their former masters.

Despite the hardships of being a colonist, William Burke was enthusiastic about his new life.

After five years in Liberia, he wrote that "Persons coming to Africa should expect to go through many hardships, such as are common to the first settlement in any new country. I expected it, and was not disappointed or discouraged at anything I met with; and so far from being dissatisfied with the country, I bless the Lord that ever my lot was cast in this part of the earth. The Lord has blessed me abundantly since my residence in Africa, for which I feel that I can never be sufficiently thankful."

Before the civil war, Robert E. Lee freed most of his slaves and offered to pay expenses for those who wanted to go to Liberia 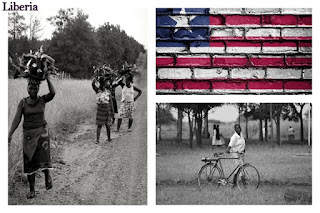 Liberia began as a settlement of free blacks and freed slaves from the US established in 1822.

Liberia is a settlement of freed slaves and free blacks from the US established in 1822.

Colonization of free blacks in Africa was an issue on which both whites and blacks were divided.

Colonization of free blacks in Africa was an issue on which both whites and blacks were divided.

The U.S. state of Arkansas, passed a law in 1842 prohibiting the immigration of free blacks into the state, formal emancipation from slavery was illegal. Nearly 700 free blacks and freed slaves left from Southern and Eastern Arkansas to Liberia, more than any other US state.

Liberia is slightly smaller than the U.S. state of Arkansas.

Liberia’s capital city Monrovia is named after James Monroe, the fifth president of the United States.

Two major groups of Liberia’s native African population are the Kpelle around 20% largely farmers and Bassa around 13% who mainly city dwellers.

The 2014-2015 Liberian Ebola endemic where hundreds of people died, Doctors Without Borders described the situation as tragic and disastrous. Many hospitals closed under the weight of treating people with the Ebola virus.