What to make with groundnuts and peanut butter 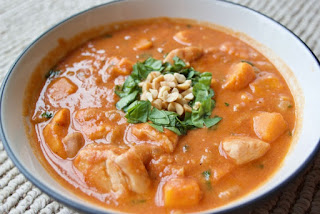 African Proverbs For Your Leadership Spirit 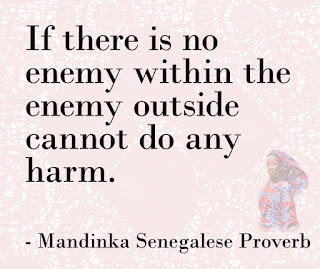 African Proverbs For Your Leadership Spirit African Proverbs on setting a good leadership example for others to follow motivates and inspires us to be our best at leadership, teamwork, and creating successful lives. African proverbs to help you remember that a happy life is up to you; and even when trouble comes your way, what is important is not the problem, but how you respond as a leader. You cannot deny the simple beauty and power of an African Proverb. What does leadership learning through African proverbs mean? A leader is someone who sets the direction and influences people to follow that direction. There are numerous African proverbs about leadership and about carrying out the role of the leader. Leaders carry out their roles in a wide variety of styles. African history is composed largely of accounts of the exploits of people who have left their marks, good and evil. These leaders stand out as persons who used African proverb characteristics of
Learn More 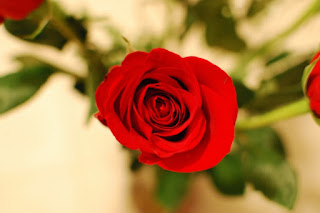 Red African Roses Growing in Kenya. Rose gardens in regards to commercial flower growing in Kenya dates back decades due to rich soil and 12-hour sunlight need to grow 10 distinctive colors of roses. Roses grown in Kenya naturally come in different colors without dyes, yellow, red, white and spotted red yellow white rose combinations naturally occur in the wild of Kenya.  That Valentine's Day rose and Mothers Day rose from your loved one probably came from Kenya since Kenya is world famous for its cut flower farms especially the roses.  The rose is the favorite flower of 85 percent of Americans and this is probably why President Reagan in 1986 made the rose the National flower of the United States. Kenya lies on both sides of the equator on the eastern coast of Africa. Countries on or near the equator, like Kenya, benefit from good growing conditions, including 12 hours of daylight all year round. The country's rose flower power is also attributed to its sunny clima
Learn More

The Acacia tree in Africa is known as desert gold and is well-known iconic symbols on the southern and eastern African savannas. The acacia tree is on the African savanna provides desert gold aka gum arabic for the world baking and soft drink industry. Gum arabic is used in many foods as an ingredient for thickening and emulsifing baking and popular soft drink ingredients. The flavor of powder dry gum arabic is a neutral flavor, tasteless, and odorless. Acacia Tree  at sunset in Tanzania Africa Acacia trees in the African Savanna The acacia tree in Africa also known as desert gold, are well-known landmarks on the southern and eastern African savanna. There are over 1,300 species of Acacia worldwide, primarily in Africa and Australia.  Acacias are highly drought-resistant; therefore, thrive in harsh dry environments due to their tolerance to water scarcity. Acacias are also referred to as thorn trees; some have long straight thorns while others have hook-shaped ones. The
Learn More 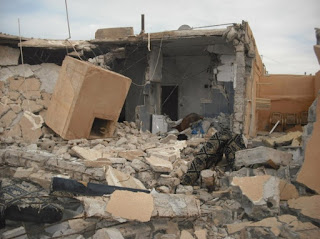 Four Foreign Based Libya Terrorist Groups Foreign Terrorist Organization is a designation for non-United States-based organizations deemed by the United States Secretary of State, in accordance with section 219 of the Immigration and Nationality Act of 1965, to be involved in what US authorities define as terrorist activities. Libya has a population of 6.9 million with over 90 percent of the population living along the Mediterranean coast, the capital Tripoli to the west and Misratah and Benghazi. Around 91 percent of the country is desert or semi desert due to the Sahara desert. Due to the vastness of the Sahara desert and the fact that only 9 percent of the land in Libya is arable meaning the land is capable of being ploughed and used for farming crops. Libya's concentrated population and its proximity to southern Europe and the Mediterranean Sea makes it attractive to terrorists and fuel animosity toward Sub-Saharan African migrants. Unrelenting fightin
Learn More 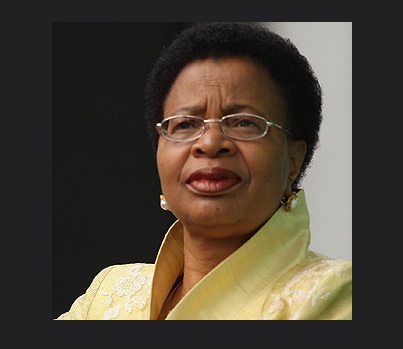 Graca Machel ex First Lady of Mozambique and South Africa Graca Machel will take her place in history as a leader in the fight against poverty, illiteracy and injustice. Graca Machel First Lady of Mozambique and South Africa Graca Machel is the only women to have ever been first lady of two different countries, wife of Mozambique former president  Samora Machel  1975 to 1986 and Nelson Mandela President of South Africa  from 1994 to 1999 . Graça Simbine Machel was born on October 17, 1945, in Gaza, Mozambique, the last in a family of six children. Her father, a Methodist minister died three weeks before she was born. She attended Lisbon University in Portugal in 1968, to major in languages. Under surveillance from the Portuguese secret police, she was forced to abandon her education and flee to Switzerland to escape the prison sentence that was almost certainly waiting for her due to her political activities as a student. Graca Machel and  Samora Machel
Learn More
More posts