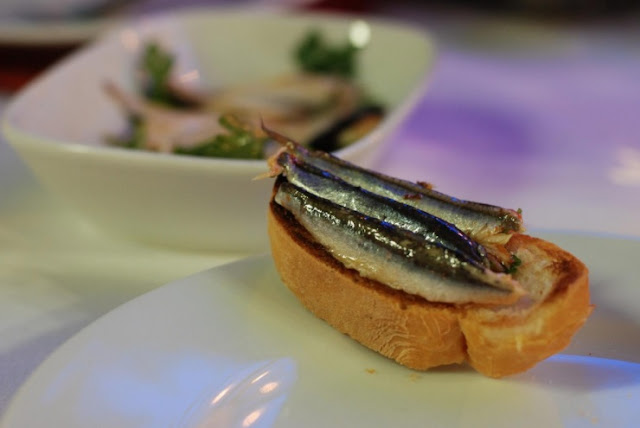 Directions
Over medium heat, add olive oil, anchovies and garlic. Remove from heat and cool 30 minutes. Whip butter until fluffy, add to anchovy mixture and mix well. Serve on pasta, vegetables, and rolls and in just about any recipe you can imagine.

Eat Green, years of commercial fishing harvesting seafood from the wild at rates faster than natural populations can recover in Southern African waters place many seafood species at risk. Southern African Sustainable Seafood Initiative (SASSI) classification of fish labeled with a green, orange, or red. The color-code for seafood means eat green, orange, stop and think and red no way.

Green listed fish is the group from which people are encouraged to choose from as it contains the best managed most sustainable choices available to consumers.

Orange listed fish consumers are encouraged to consider the implications of these choices as an increased demand for these could compromise a sustainable supply.

Red are species of fish you should never buy since this group includes unsustainable species as well as those that are illegal to sell in South Africa.