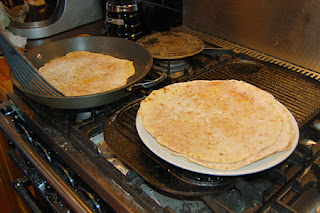 Curry Roti Bread Recipe African Recipes by the African Gourmet  Roti pronounced rho tee is a staple bread recipe of countless South Africans influenced by Indian cooking. Roti bread is usually eaten with soups, stews and curries used in such a way to take the place of a spoon in Western culture.  Prep time: 10 min Cook time: 30 min Total time: 40 min Curry Roti Bread Recipe Ingredients: 1 cup warm water 2 ½ cups wheat flour or all-purpose 2 tablespoons melted butter 1 tablespoon ground red pepper (optional) 1 teaspoon ground curry Pinch of salt Directions: Mix flour and salt to make dough by hand. Add water or more flour depending on the dough’s consistency. The dough should feel slightly sticky to the touch but not stick to your hands. Knead the dough and roll it into small balls of equal sizes. On medium heat add one tablespoon of oil to a large frying pan or griddle. Roll out the dough into round shapes using rolling pin. Place rolled dough into the hot pan. Cook until
Learn More

Listen to your Elders African Proverbs 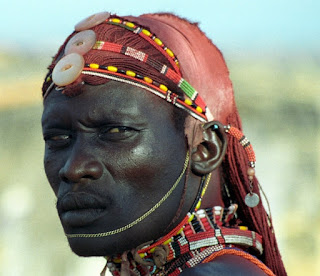 Listen to your Elders African Proverbs Eyes have seen it all Inspiring African proverbs from your Ancestors. You may deny that you were fed, but your body will tell. Rivers flow into each other but stomach do not.   Food that is rejected at one place is accepted at another.   One greedy for food makes himself playful.   You cannot make new soups with old bones.   Those who are thought to be dying are the old, but those who actually die are the young.   People who are on the verge of death do not hear the drum beat.   Those who do bad things, also die in a bad ways.   A bad life does not overwhelm the person who leads it.   The spider and the fly cannot make a bargain.   The body of wise man has eyes.   Do not fight for a coward; he will not fight for you.   The tortoise can look up but cannot go up.   Lead a fool into the house but just show the path to the wise.   One should understand what happens in one’s absence by r
Learn More

What is Palm Wine 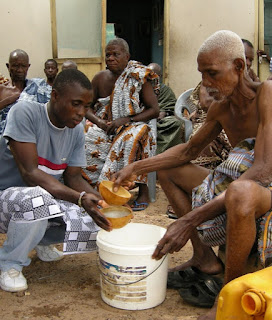 What is Palm Wine, Uses and How to Make Palm Wine is perhaps the most time-honored and universal moonshine in sub-Saharan Africa.  What is Palm Wine Palm wine or white drink is an alcoholic beverage widely consumed in West, South and Central Africa.  People of Africa have for centuries tapped the sap found in palm trees and let it ferment to make a popular alcoholic beverage created from the sap of various species of palm tree. Drinking Palm Wine Drinking Palm Wine Palm Wine taste variety from sweet to sour to vinegary. The sap used to create palm wine is most often taken from wild date palms. The alcohol content most commonly is about 1-13% by volume.  The amount of alcohol in the wine depends on the stage at which it is drunk. If drunk fresh, it will contain most of its sugar, and so will taste sweet. Very soon, the fermentation causes very copious bubbling and foaming from the container, and more alcohol is produced. Palm Wine Fermentation in
Learn More

BRICS is an acronym for the economies of five countries

BRICS countries of Brazil, Russia, India, China and South Africa represents 46% of the world population, having 30% of the world GDP and 17% share in the world trade. The acronym BRIC currently BRICS was initially formulated in 2001 by economist Jim O'Neill, of Goldman Sachs, in a report on growth prospects for the economies of Brazil, Russia, India and China which together represent a significant share of the world's production and population. Main areas and topics of dialogue between BRICS countries are issues of mutual interest in finance and central banks, trade, mutual investments, academic forum and think tanks council, health, science and technology, security, terrorism and agriculture. BRICS 2014 summit BRICS is an acronym for the economies of Brazil, Russia, India, China and South Africa projected to be the fastest growing market economies. It was agreed to expand BRIC into BRICS with the inclusion of South Africa at the BRIC Foreign Ministers’ meeting in N
Learn More 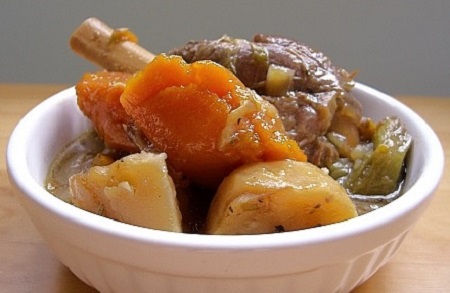