Senegal Culture History of Her People 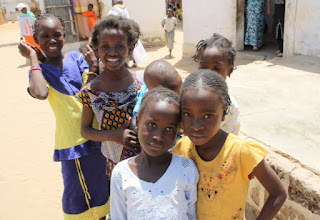 20 interesting facts about one of West Africa's countries in which more than 60% of the population is under the age of 25, Senegal her culture, history and people. Children of Senegal Senegal has a population of over 14.3 million ranking 73rd on the world’s most populous countries. Senegal's nationality is Senegalese using both the singular and plural form. Languages of Senegal may not surprise you since Senegal was once a French colony, the official language is French, and the other major languages are Wolof, Pulaar, Jola, and Mandinka. Wolof is a language spoken in Senegal, The Gambia, and Mauritania, and it is the indigenous language of the ethnic grouping of the Wolof people. Wolof is the most widely spoken language in Senegal even though the official language is French, by most Senegalese. Senegal Motto is "Un Peuple, Un But, Une Foi” "One People, One Goal, One Faith" Population without electricity is around 55% or 6.4 million, urban areas 90% of
Learn More
More posts