African proverbs about trust represent the importance of respect and responsibility in relationships. Trust is the greatest and most important of all human virtues. African Proverbs About Trust The tracks of a leopard are not made by a dog   - African Proverb One who defames another's character, also defames their own -Nigerian Proverb When you bite indiscriminately, you end up eating your own tail - Zulu Proverb People may tell little lies small as a thorn but, they will grow to the size of a spear and kill you -Yoruba Proverb You will know who you love; you cannot truly know who loves you - Nigerian Proverb Almost doesn't fill a bowl - African Proverb
Learn More 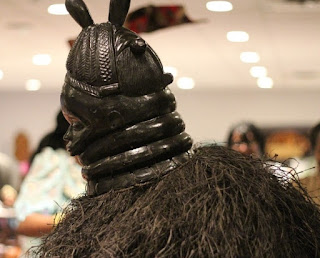 Fetish figures throughout Africa are vessels of power that can control and inﬂuence things seen and unseen affecting destiny.  Rafa African Fetish African Fetish what is it. A fetish is an object with perceived supernatural powers used to invoke vigilant and protective spirits to drive away evil spirits, invoke the power to afflict a person with a disease or attempt to control destiny.  In Africa and throughout the world these beliefs are manifested in some of the most expressive and magical power figures ever created called fetishes. Common to many tribes in Africa is the belief that the fetishes are powerful through their ritualistic carving and sanctification. Fetishes also are made of different special substances and offered sacrifices depending on the need of the person. Fetishes are carved with the intention to be held in the hand or set upright in the ground during a ceremony in which songs, dances, invocations, div
Learn More 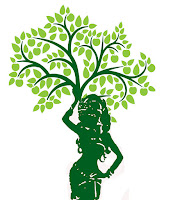 Kichalundu the Heaven Tree is an African Folktale teaching the beauty of life from death.  Kichalundu  Kichalundu the Heaven Tree Kichalundu went out one day to harvest vegetables from her garden, finding the gourd patch growing very luxuriantly; she stepped on the lushest spot and sank quickly into the soil. Frantically her friends took hold of her hands and tried to pull her out, but in vain; she vanished from their sight. They heard her crying, "The ghosts have taken me. Go and tell my father and mother," and they ran to call the parents. The whole countryside gathered about the place, and a spiritualist advised the father to sacrifice a cow and a sheep. This was done, and they heard the girl's voice again, but growing fainter and fainter, until at last, it was silent, and they gave her up for lost. But, after a time a tree grew up on the spot where she had disappeared. It went on growing until at last, it reached the sky. The herd-boys, during
Learn More

Death by Measles in South Sudan 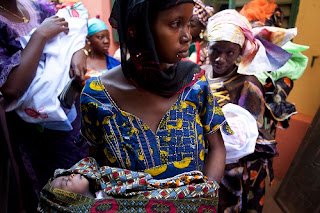 The anti-vaccine movement in South Sudan, Africa, is by force, not choice. Measles is one of the leading causes of death among young children even though a safe and cost-effective vaccine is available. Measles outbreak Africa mothers wait to vaccinate their babies Death by Measles in South Sudan South Sudan is being wracked by severe humanitarian health emergencies. The destruction of health facilities and displacement of health workers have stretched an already vulnerable health system to breaking point. Despite being preventable, measles is still common in many parts of South Sudan Africa. Measles is an extremely infectious disease caused by the rubeola virus. In 1980, before widespread vaccination, measles caused an estimated 2.6 million deaths each year worldwide. Measles starts with fever, runny nose, cough, red eyes, and sore throat followed by a rash that spreads over the entire body. In February 2014, WHO categoriz
Learn More

Sothis the goddess was called the bringer of the New Year and the Nile flood.   Nile River Sopdet, or Sothis, for the ancient Egyptians is a very important star that signaled the coming annual inundation of the Nile River that marked the beginning of the new agricultural year. Its bright appearance in the morning sky announced the annual flooding of the Nile. Sothis is known as the goddess who is the bringer of the New Year and the Nile flood.  The Nile is the longest river in the world. Its main branch, called the White Nile, flows north from Lake Victoria in east-central Africa 3,470 miles to the Mediterranean Sea on Egypt’s northern border.  Starting in Ethiopia, another river, called the Blue Nile, joins the White Nile at Khartoum, Sudan, where the rivers  merge and flow into Egypt. The Nile is the heart and life of the Egyptians. Although Egypt was enormous, most of the population lived near the banks of the river. Pyramid Text Utterance 442:822 states , “You
Learn More

Why Some Souls Are White and Others Black African Folktale 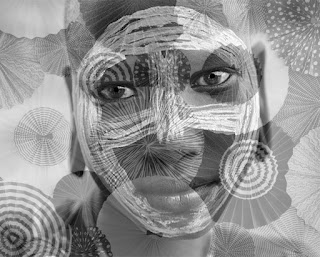 Black purifies with waters which are fit for sacrifice, pure, and divine. Why Some Souls Are White and Others Black is a West Africa Republic of the Congo African Folktale. Black purifies.  Why Some Souls Are White and Others Black It was in the beginning, and four men were walking through the woods and came upon two rivers. One river was of water, clear as crystal and of great clarity; the other was murky, frightful, and horrifying to the taste. The four men were puzzled as to which river they should cross; for, whereas the dirty river seemed very difficult to pass, the clear river was easier to cross.  The men, after some discussion, thought that they should cross the black river, and two of them at once crossed it. The other two, however, barely touched the black water and returned to the edge of the woods. The two men that had crossed the river called to their two companions urging them to cross, but in vain. They had al
Learn More
More posts