Tall Tale Folklore of Dog and Goat who are convicted of crimes and are given punishments but do not learn their lessons and offend again and again. 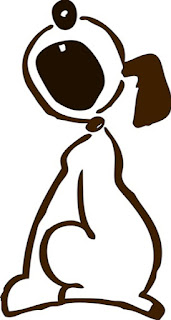 On finding them, the people of the town beat them with big clubs, and drive them out of town for stealing. Goat never opens his mouth, but Dog always howls loudly.

Finally, Goat loses patience with Dog, and asks, "Why do you howl every time you are beaten?"

Dog answers, "Because it hurts me!"

Goat says, "The beatings mean nothing and do not hurt me! I intend to steal again!” But, if the beatings hurt you, why don't you stop stealing!"