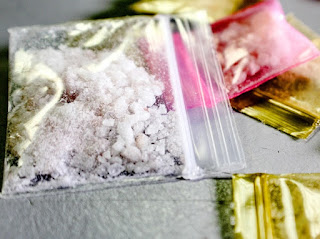 Nyaope is a white powder containing heroine and many other ingredients which is then heated, sprinkled on marijuana, rolled and smoked as a joint. Drug abuse Africa is on the rise. Nyaope was legal to use and buy in South Africa until March 2014 but unlike alcohol in South Africa, Nyaope is now a South African illegal drug. 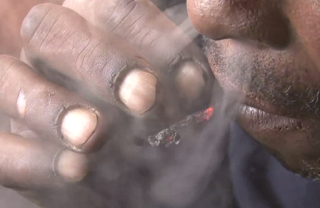 Nyaope pronounced -- ya-pay --was introduced in the late 90's to the streets of South African Townships. Nyaope or whoonga is a marijuana joint or dagga as it's called in South Africa, laced with a mixture of almost anything but more commonly with heroin and HIV medications.

The zombie drug is sold as bags of white powder and sprinkled on top of marijuana and smoked as a joint. Just like flakka, Nyaope is an inexpensive high. It is sold for $2-4 per joint and users get high within a few minutes of inhaling. Bath salts, the main component of Flakka became illegal to buy July 2012. However, Nyaope was legal to use and buy for over 25 years in South Africa, until March 2014. The South African government became concerned about the increase in the use of the nyaope but it took a while for it to be classed as a dangerous drug. 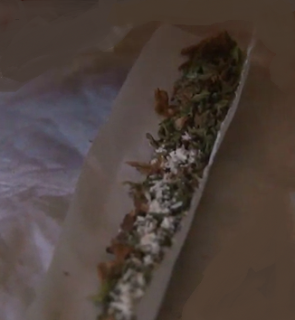 It was made an illegal substance in March 2014 and carries a 15-year jail term for selling and using the drug.

South Africa's murder rate is about five times higher than the 2013 global average. According to the South African Police Services, 60 percent of all crimes are caused by drugs which include 17,068 murders that occur on average for 2013-2014, which is 47 murders per day.

Nyaope is a white powder containing heroine and many other ingredients sprinkled on marijuana Just like Flakka, Nyaope can cause heart palpitations and aggressive, violent behavior, the article notes. Use of the drug can affect the kidneys, leading to kidney failure or death.

Addicts have severe physical and emotional withdrawal symptoms due to the heroin in nyaope. Smokers fingers and lips are burned and blister due to addicts not want to throw away any butts of their Nyaope, its treated as if it was gold.

In order to by the drug, men have become rent boys or gay escorts and women prostitutes. People are finding themselves caught in a vicious circle of poverty, a lack of education and unemployment. 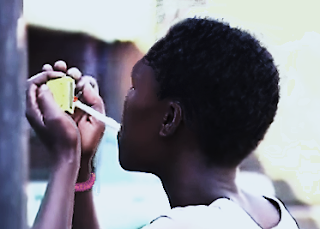 Nyaope dealers believe they are doing nothing wrong with selling the drug. One dealer says “People come to me. I don’t force them to smoke.” However, the town of Mamelodi, east of Pretoria South Africa is one of the hardest hit communities dealing with nyaope.

According to the local anti narcotics organization, Thandanani, up to 80% of households in Mamelodi East have a family member hooked on the highly addictive nyaope.

One nyaope dealer says “People come to me. I don’t force them to smoke.” Whether the drug is nyope, zombie, flakka, alcohol or heroin, formal drug rehab is expensive; however unlicensed rehabilitation centers are becoming increasingly popular to help addicts.

"We can't turn a blind eye and watch as this generation destroys itself," says former mayor Mr Segone to BBC, "I only welcome those who come on their own and not those forced by their parents to quit." Mr Segone uses unconventional methods to help the 22 addicts who have been admitted since the center opened in January 2015 for nyope addictions.