When kinky or Afro-textured hair is washed and not styled, it naturally forms into the coiffeur that is known as the Afro, and it is beautiful. 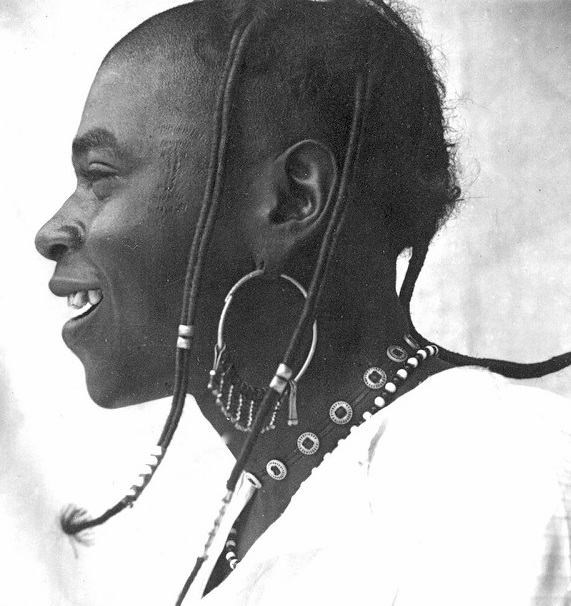 Just as the human body is outfitted and decorated to look sexy, professional or devout, the human hair is a reflection of a person’s outward identity. Hair is looked at as an accompaniment to an outfit; an essential accessory that glams up the whole look.

Pay attention to your hair because everyone else does. Hair is considered a person’s crowning glory and when a bad hair day happens upon them, some believe they are unattractive and ugly. For centuries, African hair was treated as an artist’s canvas.

Unique African hairstyles were a fashion and status statement for women and men. Hair's the thing that makes a person unique.

One of the most famous and talented photographers of Nigerian Hairstyles, Johnson Donatus Aihumekeokhai Ojeikere also known as J.D. 'Okhai Ojeikere highlighted modern and traditional African perspectives of the art of hair design. Each African hairstyle had its own uniqueness giving a glimpse into the talented camera of a legendary Nigerian photographer.

This curly disposition leaves the hair more susceptible to breakage. Styling tools such as combs and brushes, for example, force the curls to elongate, but the curls naturally resist, resulting in breakage.  Delicate care is thus needed to preserve hair growth and avoid hair damage.

Due to the fact that Afro-textured hair is more susceptible to breakage, and cannot easily be straightened without damaging the hair, individuals of color have to wear hairstyles that promote healthy hair, such as dreadlocks, twist, braids, updos, etc.

These styles are also referred to as protective hairstyles because these hairstyles can be worn for longer periods without constant manipulation of the hair. When kinky or Afro-textured hair is washed and not styled, it naturally forms into the coiffeur that is known as the Afro, and it is beautiful.