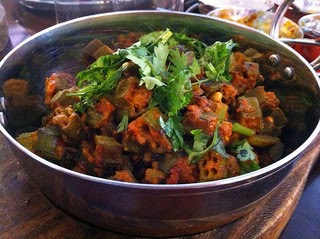 Okra with tomatoes is a popular Togo African recipe convenient to make cooking with the traditions of the African diaspora. Hibiscus Esculentus or okra is of African originating from Ethiopia. Okra grows wild along the White Nile and the upper Nile country as well as in Ethiopia. From Ethiopia to North Africa, okra was cultivated in Egypt for many hundreds of years. One of the earliest accounts of okra is by the Spanish in Egypt in 1216.  As is true with a number of less popular vegetables, many people fail to appreciate okra. Okra is rarely cooked alone except when fried. Okra alone is considered too slimy.  Here is a delicious recipe using okra and tomatoes. The acid in the tomatoes counterbalance the natural goo of the okra and the soup become rich and thick. Togo Okra With Tomatoes Recipe Ingredients 1 pound fresh baby okra, washed, dried, stem ends trimmed very close to top, or use frozen thawed whole baby okra 2 tablespoons olive oil 1/4 cup finely chopped onion 1 clove g
Learn More 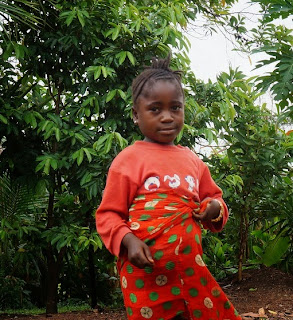 Sierra Leone’s Vision for 2013 to 2035 is to become a middle-income country Before the Ebola outbreak, Sierra Leone was on track to overcome its troubled past. The countries Ebola epidemic threatened to stop the progress of Sierra Leone economic and social growth. The post-Ebola recovery period is proving challenging.  Sierra Leone’s Vision for 2013 to 2035 is to become a middle-income country, be an inclusive, green country, with 80% of the population above the poverty line, have gender equality, a well-educated, healthy population, good governance and rule of law, well-developed infrastructure, macroeconomic stability, with private-sector, export-led growth generating wide employment opportunities; there would be good environmental protection, and responsible natural resource exploitation. The post-Ebola recovery period could prove challenging but the small African nation since the end of the civil war in 2002 has found the strength and resources to inch by inch re establish its
Learn More
More posts