Recipes, Facts, and Legends Abound About the African Marula Tree

The South African marula fruit and oil are edible and loved by humans and animals, especially the warthog, elephant, waterbuck, giraffe, and kudu all eat the fruit, nut, and leaves of the tree.

Recipes, Facts, and Legends Abound About the African Marula Tree

A popular drink in eSwatini (formally known as Swaziland) is Buganu also known as marula wine. The third weekend in February is a popular time for the people of Eswatini because this kicks off a celebration of the beginning of the marula fruit season and the week-long Marula Festival.
The Marula Festival is a tradition-filled with song and dance and Brewing of marula wine. The king and queen mother joined by regiments of emabutfo male warriors and lutsango woman's troops of Eswatini take part in the celebration as marula season as it is one of the largest festivals held in his Royal compound.
Once the king and queen have officially blessed and partaken in the drinking of the first marula wine of the season the rest of ESwatini is permitted to join in a drink marula beer until their heart's content.
This two-day Festival May last for many days because morula is not only a popular fruit to make a drink from but it's also a Cornerstone of ESwatini economy. To make Buganu marula wine is a very easy age-old method of fermenting fruits to produce alcohol.
Buganu is prepared from marula fruit juice and the pulp mixed with water and sugar. The mixture was allowed to ferment at room temperature for about 3 days. The marula wine is then sieved and then served. Local Eswatini woman brews the wine and offers many bottles as gifts to the king and queen mother.

For centuries throughout Southern and Eastern Africa, women in the have cracked the nut of the marula fruit to extract the precious kernels from which the oil is made.

Traditional uses of marula include putting baked nuts into foods as a spice, over meat as a natural preservative, and in using oil from the kernels to soften the skin. The chambers of the marula nut are opened to reveal soft kernels.
These kernels are then gathered into a pressing machine, where they are hand-pressed to make the magic of marula oil. The Marula tree has a specific gender, this fact contributes to the belief among the South African Venda people that bark infusions can be used to determine the gender of an unborn child.
If a woman wants a son the male tree is used, and for a daughter, the female tree. If the child of the opposite gender is born, the child is said to be very special as it was able to defy the spirits. Most well known as the fruit that elephants eat to get tipsy when ripe marula fruit drops to the ground it becomes deliciously fermented.
Marula fruit apparently has intoxicating effect when consumed in large quantities by large mammals such as elephants. Elephants can eat between 400-700 marula fruit a day and if young elephant eats nothing else this can lead to tipsy behavior.

Marula is a much loved fruit in the grasslands of Eastern and Southern Africa. The fruits can be found from Ethiopia to Southern Africa’s’ Kwazulu-Natal. The Marula fruit is juicy and sweet-smelling and is the size of a small plum. The fruit may be eaten fresh or cooked into jam, juices and alcoholic beverages; the flesh is very high vitamin C.

Humans enjoy marula fruit as well in the form of cream liqueur. Amarula is a cream liqueur from South Africa made with sugar, cream and the fruit of the African marula tree. 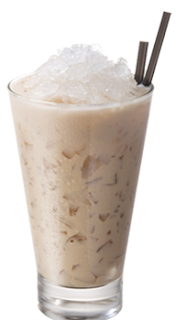 In South Africa, homemade marula wine is named mokhope or ubuganu and is an interesting part of the cultural heritage of South Africa. Brewed liquor has always been of importance using indigenous food products. Nonalcoholic drinks, wines, teas, spices, oils, and medicines are all created using the Marula Tree of Southern Africa.