Red is the most popular color used on flags in the world, it's also the international color for stop but you won't stop drinking Sobolo, a lively red Ghanaian tea made by steeping dried hibiscus flowers.

In a pot that has a tea diffuser add dried hibiscus. Pour water over the hibiscus. Wait for the hibiscus to infuse turning a beautiful brick red color, the time the flowers steep depends on your taste, longer brews for a richer taste, shorter for a lighter taste.

More about African food recipes and the African continent. 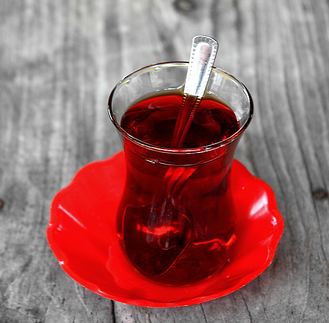