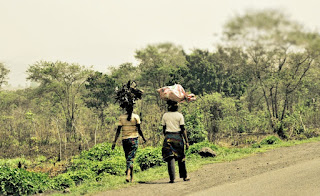 Three quick facts about the Republic of Cameroon Information on Cameroon Three quick facts about the Republic of Cameroon; Mount Cameroon is the highest mountain in Sub-Saharan West Africa and an active volcano, former French Cameroon and part of British Cameroon merged in 1961 to form the present country, and The Republic of Cameroon has generally enjoyed stability, which has permitted the development of agriculture, roads, and railways, as well as a petroleum industry. Carrying firewood home in Cameroon  How Cameroon got its name. In the 15th century, Portuguese explorers named the area near the mouth of the Wouri River the Rio dos Camaroes (River of Prawns) after the abundant shrimp in the water; over time, the designation became Cameroon in English; this is the only instance where a country is named after a crustacean   Nationality Noun: Cameroonian(s) Adjective: Cameroonian   Life expectancy at birth Total population: 59.4 years Male: 58 years
Learn More
More posts