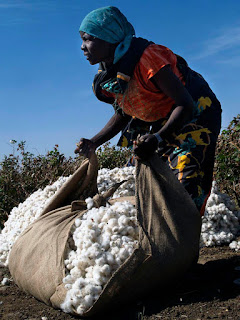 African cotton economy in regards to cotton plantation owners and everyday Benin citizens benefit from the cotton economy but not equally. Cotton in Africa mostly benefits plantation owners, shipping merchants, and the textile industry.   Picking Cotton in Modern Day Africa Where is Benin Present day Benin was the site of Dahomey, a West African kingdom that raised to prominence in about 1600 and over the next 250 years became a regional power, largely based on its slave trade. Benin is located in Western Africa, bordering the Bight of Benin, between Nigeria and Togo. Benin is slightly smaller than Pennsylvania. The languages of Benin include French the official language, Fon and Yoruba, and numerous tribal languages. The population of Benin is mainly located in the south, with the highest concentration of Beninese people living in and around the cities on the Atlantic coast. Most of the north of Benin remains sparsely populated with higher concentrations
Learn More
More posts