- June 30, 2020
Fresh pumpkins and pumpkin seeds are popular African recipe ingredients. Pumpkins are a gourd growing on vines popular in Uganda and South Africa.
Pumpkins are one of the most popular fruits in Africa used in countless African food recipes. Pumpkins are a fruit botanically despite most people considering pumpkins a vegetable. They are eaten many different African food recipes used in stews, side dishes, and baking.
The taste is slightly sweet when ripe and bitter when green however all pumpkins are a good source of beta-carotene. The African pumpkin weighs between 5 and 50 pounds in many different oval shapes.
The rind varies in color from light to dark green when immature and light orange to beige when mature, and can be smooth or rough with the flesh orange in color when mature. 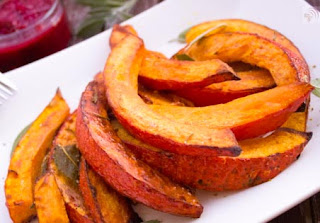 Roasted African Pumpkin Recipe
Ingredients
2 pounds fresh pumpkins cut into bite size pieces
2 tablespoons olive oil
1 teaspoon of sea salt
1/2 teaspoon black pepper
Directions
Preheat oven to 475°F. Seed and peel pumpkin then cut into 3-inch medium pieces. Toss with oil and seasonings; place in large shallow heavy baking pans, spreading in 1 layer. Roast pumpkin turning over halfway through cooking, until tender and starting to caramelize, 35 to 45 minutes.
What is a pumpkin.
Pumpkins are a gourd fruit that grows on vines particularly popular in Uganda and South Africa where pumpkins grow naturally well in rich African soil. In South Africa pumpkins are produced on a large scale in the Mpumalanga Highveld and Lowveld; Vryburg in North West; Western Cape and Vereeniging in Gauteng areas. Pumpkins can be stored for a period of 1 month to 3 months. Fresh pumpkin leaves are used as vegetables in many African food dishes, the same way as spinach as well as pumpkin seeds can be roasted and eaten as a snack. Here is the perfect recipe for pumpkin seeds. 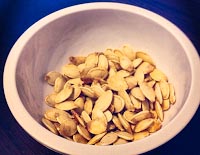 Want more recipes from the African continent that use vegetables, rice and simple grilled chicken as ingredients? Check this out in our African food recipes section. 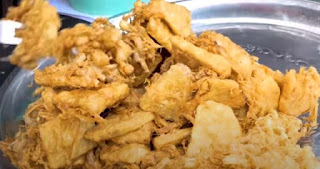