How chocolate is killing African tropical forests so choose your chocolate candy wisely.

The chocolate the world loves to eat, has a big secret. As global demand for chocolate explodes, despite efforts to slow tropical deforestation, the equivalent of 40 football fields of trees was lost every minute in 2017. Tropical forests are home to half the Earth's species, and their trees are an immense standing reservoir of carbon. Tropical forest trees, like all green plants, take in carbon dioxide and release oxygen during photosynthesis. Cocoa, the main ingredient in chocolate bars, has driven deforestation in West Africa. 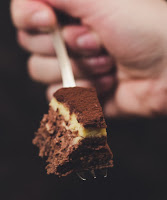 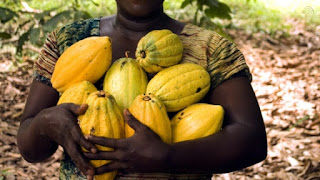 How chocolate is killing African tropical forests and who cares


Fires, droughts, and tropical storms are also playing an increasing role in forest loss, especially as climate change makes them more frequent and severe, according to the UN report. The regions that lost the most forest in 2017 were in Latin America, Southeast Asia, and Central Africa.
Brazil is still by far the deforestation leader with 11.1 million acres or 4.5 million hectares lost in 2017, followed by the Democratic Republic of Congo with 3.7 million acres or 1.5 million hectares. Over 2 million farmers in a belt that stretches from Sierra Leone to Cameroon produce Cocoa, but Côte d’Ivoire, the former Ivory Coast, and Ghana are the giants, the world’s first and second biggest producers.
They are also the biggest victims of deforestation behind the Democratic Republic of Congo. Côte d’Ivoire is losing its forests at a faster rate than any other African country with less than 4% of the country is covered in rainforest. With 70 percent of the world’s cocoa produced by Ghana and Côte d’Ivoire, chances are your chocolate candy snack started out as a seedpod growing on a cocoa farm in West Africa.

Dirty chocolate cocoa beans are grown when shady cocoa traders purchase beans that are illegally grown inside protected areas in Africa and, in turn, sell them to big-name candy companies. Large candy companies have come up with strategic priorities include passage of the new Forest Code, the creation of a National Forest Preservation and Rehabilitation Fund, development and implementation of the national cocoa traceability system, and implementation of pilot projects.

While destroying forests releases huge volumes of carbon dioxide, growing forests capture it from the atmosphere, making forest protection one of the keys to limiting climate change. Moreover, since tropical forests grow year-round, they are especially important.

For forest protection, the initial company plans include specific measures for achieving 100% traceability in their direct supply chains, mapping the GPS location of 1 million farms, and conducting deforestation risk assessments near protected areas.

In addition, the companies will distribute and plant 12.6 million native trees for forest restoration and cocoa agroforestry, develop 400,000 hectares of cocoa agroforestry, and sign contracts for payments for environmental services with 215,000 farmers.