Tankora dry rub recipe for chicken is a dry peanut-spice rub made famous by street food vendors of Ghana. 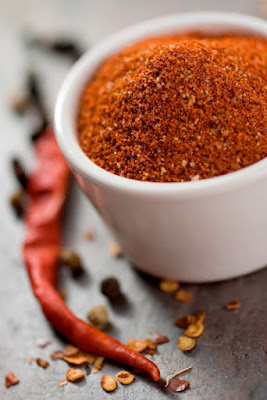 1 cup roasted peanuts
1 teaspoon garlic powder
1 teaspoon onion powder
2 teaspoons cayenne pepper
1 bouillon cube crushed
¼ teaspoon ginger
¼ teaspoon cloves
Directions
Add all spices to a coffee grinder and grind carefully taking care not to over process the mixture or it will turn into peanut butter. The texture should resemble fine breadcrumbs. Rub spice mix on uncooked meat, rest for 15 minutes and grill kebabs as usual. Store unused portions in an airtight container or keep in the freezer in a sealable plastic bag.
[Read: Chocolate Grows on Trees in Africa.]