Kenya 1900 to 1950 black and white photos of life, music, and smiles. Learn where Kenya is plus facts and key information. 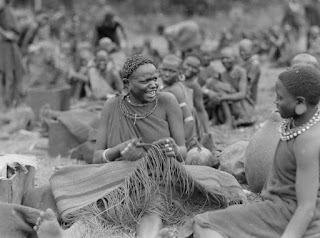 African women making rugs in Kenya at Fort Hall near Nyeri in 1946. 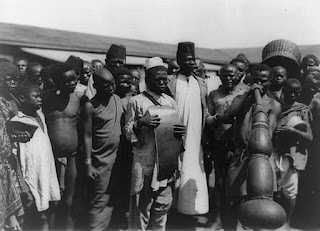 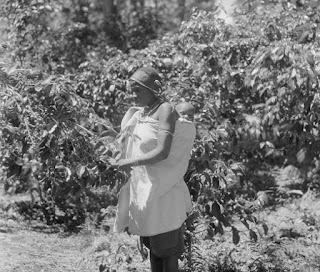 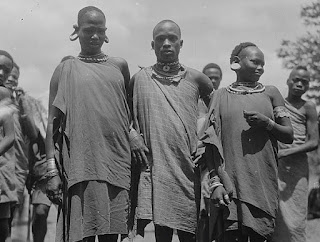 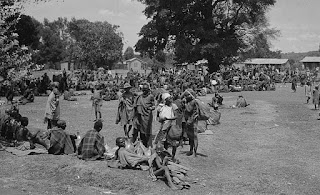 Karantania market day between Nairobi and Nyeri in 1930 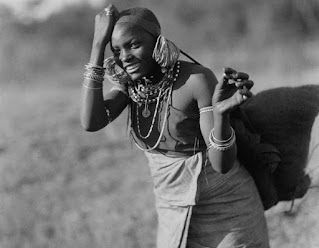 Where in Africa is Kenya

Kenya is in Eastern Africa, bordering the Indian Ocean, between Somalia and Tanzania. Kenya has five border countries in all, Ethiopia, Somalia, South Sudan, Tanzania, and Uganda. The population is heavily concentrated in the west along the shore of LakeVictoria; other areas of high density include the capital of Nairobi, and in the southeast along the Indian Ocean coast.

Kenya is the economic, financial, and transport hub of East Africa. The Kenyan Highlands comprise one of the most successful agricultural production regions in Africa; glaciers are found on Mount Kenya, Africa's second highest peak; unique physiography supports abundant and varied wildlife of scientific and economic value; Lake Victoria, the world's largest tropical lake and the second largest freshwater lake is shared among three countries: Kenya, Tanzania, and Uganda.

Tourism also holds a significant place in Kenya’s economy. Tourism in Kenya is the second-largest source of foreign exchange revenue following agriculture. The total tourism arrivals for business and pleasure through air flights, cruise ships, and border travels for the financial year 2017 - 2018 grew by 6.8% to almost 1.5 million visitors compared to 1.4 million visitors for the financial year 2016 - 2017.